A Colombian lawyer has successfully won a battle to ban an art exhibition that features symbolic representations of female genitalia from one of Bogota‘s most iconic and representative museums.

Catholic lawyer and conservative politician Carlos Corsi – who in 2001 proposed to include the Ten Commandments in Colombia’s Congressional Code of Ethics – won his petition to censor “Women Out of Sight,” an exhibition by Colombian artist Maria Eugenia Trujillo whose work is primarily concerned with female taboos, according to Colombia’s Arcadia magazine. 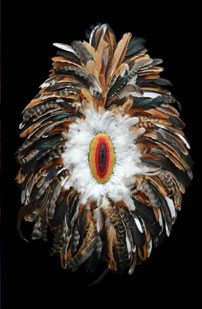 Trujillo’s exhibition, which expresses the historical subjugation of women through lattices representative of different parts of the female body, was set to open Thursday in Bogota’s Santa Clara Museum, a secular public space that was once a church.

“From a feminist perspective [Trujillo] intends to attack the religious symbols of the Christian faith in a place of worship, which is the custodian of the body of Christ,” claimed Corsi, reported Colombia’s Arcadia magazine, unaware of the irony in his statement.

The Ministry of Culture released a statement Wednesday saying it will “respect the judicial ruling, although we do not agree with the [censorship].”

The case is currently being disputed in the Cundinamarca Administrative Court.

If the petition holds, Corsi will have succeeded in getting a piece suggestive of the original “custodian” of Christ’s body erased from the public sphere, and, well, “Out of sight.”