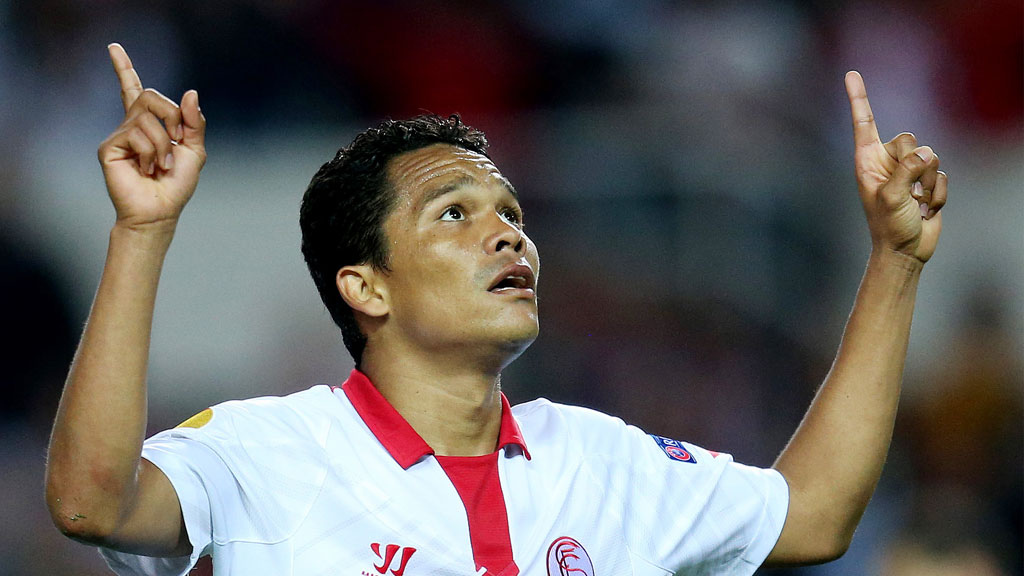 Bacca, one of the Colombian national team’s leading strikers, told the media he was verbally assaulted by the opposite team’s goalkeeper during the Spanish league stand-out clash between FC Sevilla and Valencia on Sunday.

“Colombian scum!” the Valencia goalkeeper, Brazilian Diego Alves yelled at Bacca after the latter missed a penalty kick in the first half of the game.

The Colombian forward came face to face with the goalkeeper on two occasions in the space of just five minutes after the referee awarded the Andalusian outfit back-to-back penalties. Having converted the first kick to cut Valencia’s advantage to 2-1, Bacca was denied the equalizer when Alves heroically saved the shot.

The Brazilian goalkeeper is an expert in the art of saving penalties having come on top in 44,11% of the duels he has faced in his career, a percentage beyond the reach of any other soccer player in the world. Next best result from the retied Spanish shot-stopper Santiago Canizares is at mere 23%.

In the much contested encounter between the two league powerhouses, Alves was in his element, trying to provoke and wind up Bacca before and after both attempts.

“I know where you’re going to put it,” he warned the taker.

In spite of his “witchcraft”, the Brazilian fell short at the first attempt. As the Colombian celebrated raising his arms and pointing to the sky, Alves grumbled that it wouldn’t happen again, not on his watch.

He got the chance to practice what he preached short five minutes later. The Valencia player repeated his theatrics, only this time guessing Bacca’s intentions, pushing the ball away from goal. It was then when Alves, ecstatic with the save, allegedly insulted the opponent.

“Diego Alves is a great goalkeeper, but he did something I didn’t like. He called me “Colombian scum” (“Colombiano de mierda”),” said Bacca after the game.

The game ended with Valencia securing the 3-1 victory, in a game the Spanish newspaper “El Pais” described as “little football, all emotion.”

Alves has since denied the claim made by the Colombian striker. It remains to be seen if football authorities in Spain take disciplinary actions against the Brazilian goalkeeper.