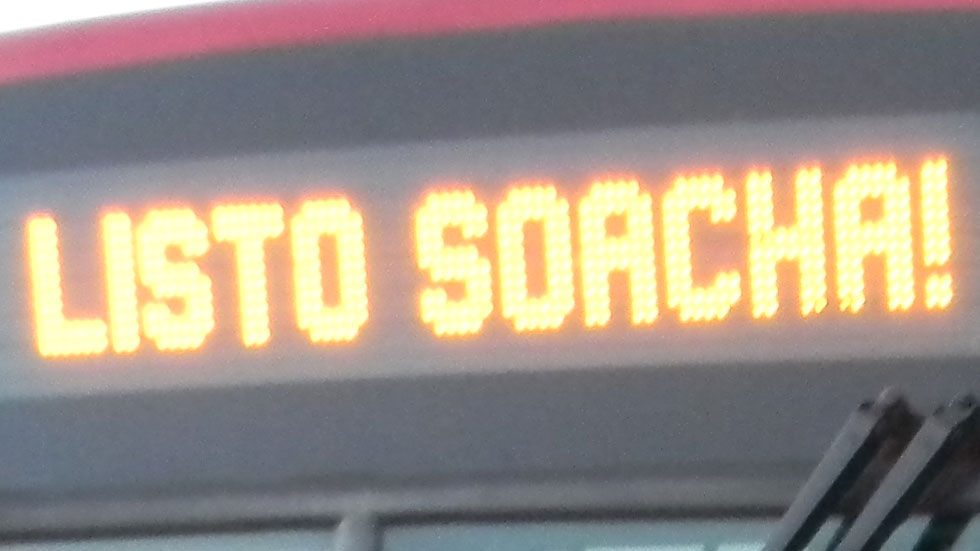 Transit workers blocked main roads and bus terminals south of Colombia’s capital Bogota on Thursday, affecting thousands of daily commuters between the capital and the neighboring city of Soacha.

The strike began in the early hours of Thursday morning as the owners and drivers of several inter-municipal bus companies established blockades on the southern highway, as well as outside San Mateo, Terreros and Leon XIII Transmilenio stations. 800 people are reportedly taking part in the strike.

The reason for the strike is the alleged constant intervention of the authorities in small companies’ operations, and to force the formalization of small bus companies in and around Bogota. The drivers argue that the current laws have allowed the authorities to immobilize their vehicles, generating large additional expenses and a loss of income.

Thousands of commuters waited for up to three hours for transport, many of whom work or study in Bogota.

The authorities and the transit workers have been in communication and are currently trying to find a resolution, the mayor of Soacha, Eleazar Gonzalez, told Caracol Radio.

So far six people have been arrested in connection to the protest according to local media reports.

“Six people have been arrested and we are going to prosecute some because crimes have been committed such as blocking of public roads and altering transport systems,” said Colonel Jairo Baquero, the commander of the Soacha Police Department.

Bus strikes are not uncommon in the Bogota area. In 2014, a three day bus strike left the city in chaos after the government began implementing its plan to reduce congestion by imposing license plate restrictions, preventing buses from being able to operate every day of the week.

Due to the lack of a metro system Bogota residents and those living in the surrounding municipalities rely on a weathered mass transit bus network which provides transport for some 6.8 million people each day.