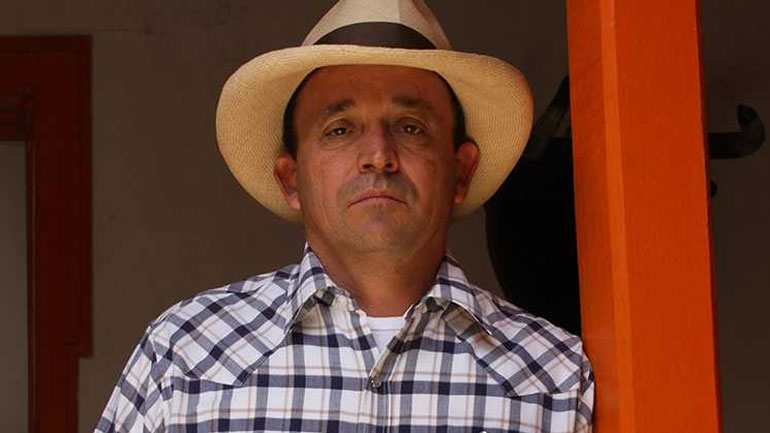 The brother of Colombia’s former president, Alvaro Uribe (2002-2010), was arrested in Medellin on Monday while investigated for allegedly forming a paramilitary death squad.

Santiago Uribe was picked up by men from the Prosecutor General’s Office in the exclusive sector of El Poblado in Medellin, the capital of the Antioquia province.

Following his arrest at early Monday afternoon, he was taken to the Medellin office of the investigating body where he will remain until a judge approves of the arrest.

Uribe must respond to justice about his alleged links with the “12 Apostles” paramilitary group.

This death squad, formed in the 1990s, was designated to engage in so-called “social cleansing,” or the executing of alleged criminals, alleged drug users, as well as alleged guerrilla collaborators.

While Santiago Uribe has long been linked to the death squad the “12 Apostles”, supporters of the Uribes suggested that the arrest is politically motivated.

Senator Paloma Valencia of Uribe’s Democratic Center party said the arrest was part of a “political persecution” that has landed a number of corrupt Uribe allies in prison.

“We received this news with great sorrow for what it means for the country that are being lost democratic freedoms and that this corrupt government, through a corrupt prosecutor, is dedicated to the persecution of honorable people with political coups, while seeking impunity for terrorists,” she said, referring to ongoing peace talks with left-wing FARC guerrillas.

House Representative Margarita Restrepo said that the “arrest of Santiago Uribe is not judicial in nature, it is a clear political determination.”

Newspaper El Espectador has reported that Santiago Uribe has already talked with his brother, who is currently in Miami for an academic tour.

According to the newspaper, the ex-president will travel on Monday to Colombia to talk with his brother and legal representatives.

Uribe has long asserted his brother’s innocence and accused his successor, Juan Manual Santos, of wielding the threat of prosecution against his brother to hinder the rise of his conservative Democratic Center movement.