The Prince of Wales and the Duchess of Cornwall arrived in Bogota to begin an official tour of South America and discuss issues including conflict resolution in Colombia.

The British royals’ South American tour has been dubbed the “Tequila tour” by the British media.

Prince Charles and his wife Camilla were met at the airport on Tuesday evening by Colombian Foreign Minister Maria Angela Holguin, the British ambassador in the country, Lindsay Croisdale-Appleby, and Colombia military commander Colonel Mauricio Arciniegas.

This is the first time that the heir to the British throne has visited Colombia. The last official visit by a U.K royal was made by Princess Anne in 1997.

Charles and Camilla will tackle issues such as the international drugs trade and violence against women during their four day official visit.

On Wednesday morning the royal visitors are to be received as guests of honor by Colombia president Juan Manuel Santos at his presidential palace in Bogota.

Prince Charles is expected to discuss issues related to bilateral relations between the U.K and Colombia, the Colombian peace process and environmental protection.

One of the main events in the itinerary in Bogota will be a Peace and Reconciliation ceremony to remember the victims of Colombia’s armed conflict, including a meeting with representatives from the communities most affected by the fighting in Colombia’s civil conflict which has last for more than 50 years.

One of the main purposes of Charles and Camilla’s trip to South America is to ‘strengthen co-operation in the fight against drugs and crime’ between UK and foreign agencies.

Despite intensive government efforts, Colombia is still the one of the world’s largest producers of cocaine and during his official visit Charles will discuss co-operation between the UK and local anti-narcotics agencies with President Santos

As part of the tour Prince Charles is expected to be shown some of the equipment and proceeds of crime seized from the powerful drugs cartels – including a compact submarine designed to smuggle cocaine to the US, which was recently confiscated by local authorities.

After two days in Bogota, the Royal couple will travel to La Macarena national park in Meta, central Colombia, an area of great natural beauty which up until a few years ago was too dangerous for tourists due to high levels of armed guerrilla activity.

That same day, the couple will travel to Cartagena where the official visit will officially end on Friday. Prince Charles and his wife are expected to remain in Cartagena, Colombia’s famous walled city on the Caribbean coast, until the following Sunday, when they will travel to Mexico to continue their official tour.

After an official greeting at the military air-force El Dorado airport in Bogota and a recital by an air force cadet marching band, the Royal couple were escorted to a reception at the British embassy in Bogota.

The esteemed couple were showered with gifts including a snake skin bag for Camilla offered by Colombian designer Mario Hernandez and a Colombia football jersey presented by Luis Bedoya, president of the Colombian football association. The star studded Colombian guest list included artists, musicians and sports stars such as champion cyclist Nairo Quintana. 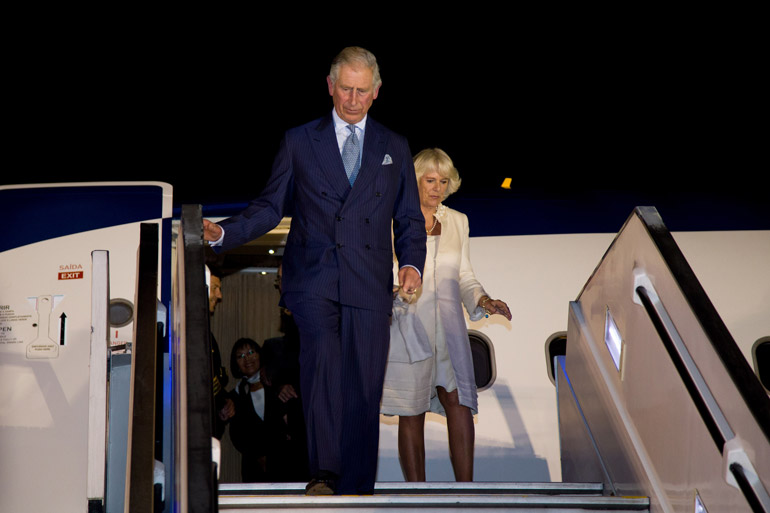 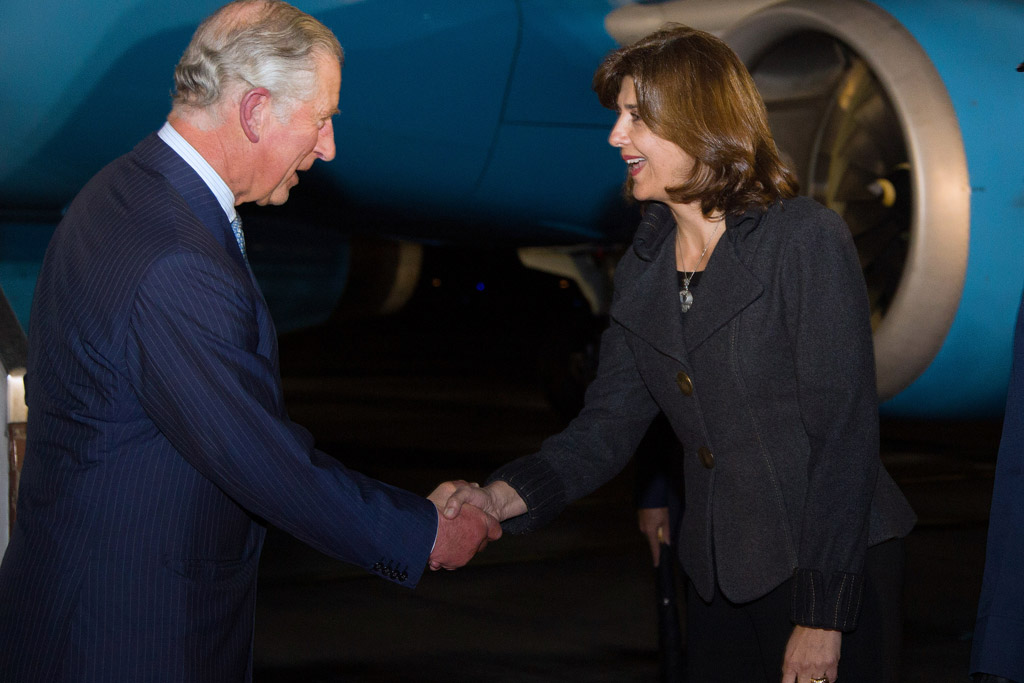 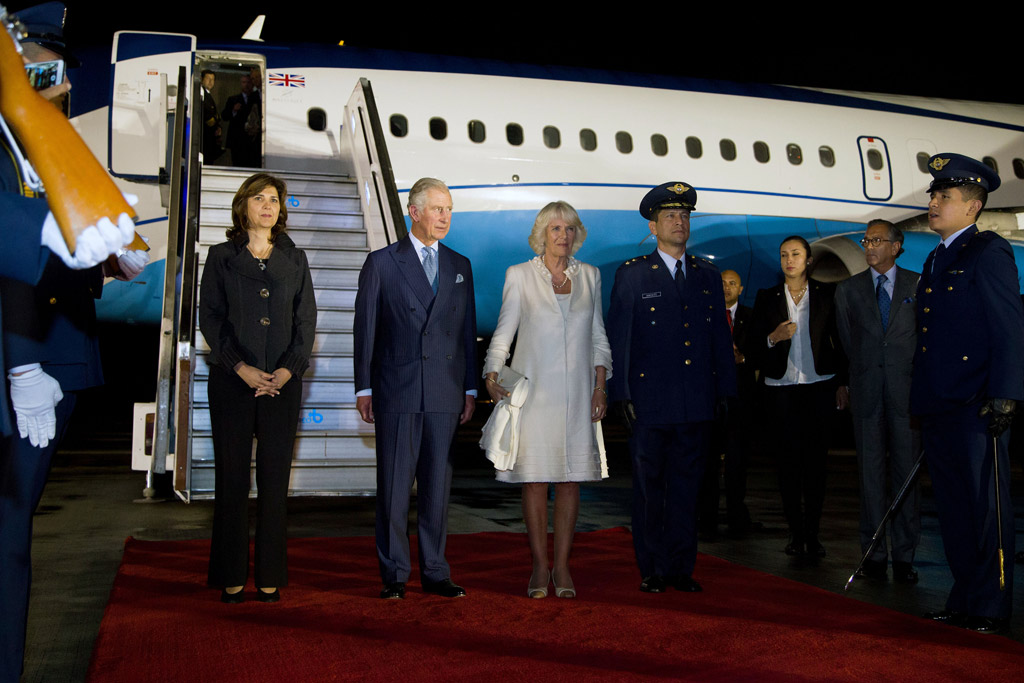