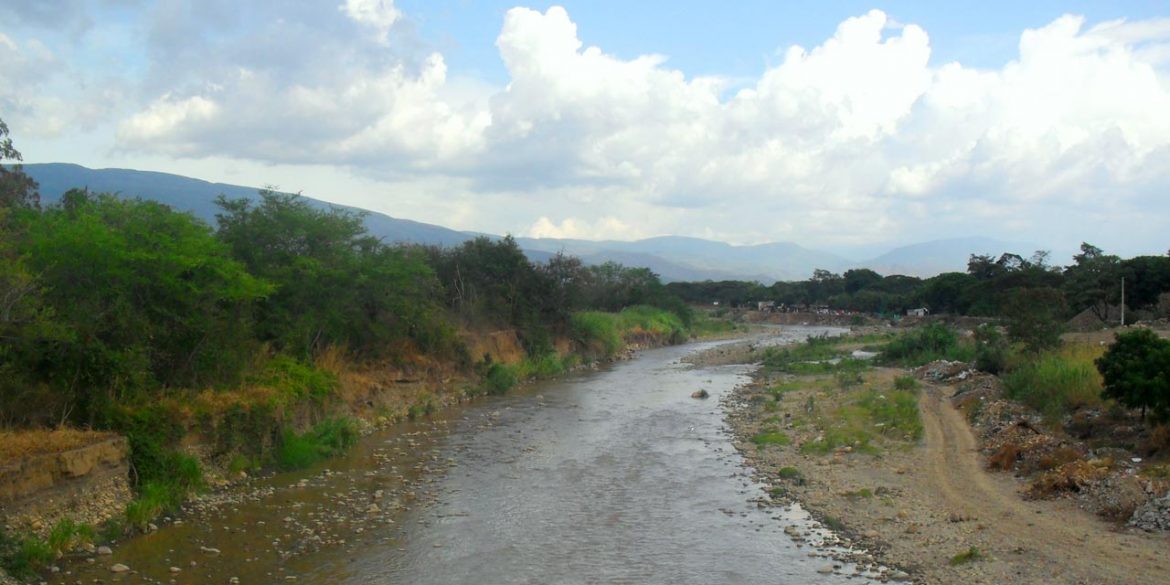 The Tachira River makes up part of the border between Colombia and Venezuela. By EEIM (Own work) [CC BY-SA 4.0], via Wikimedia Commons
News

Border breakdown: Homicides up 7% alongside Colombia’s border with Venezuela

Colombia’s heightened military presence on the border with Venezuela is seeking to curb escalating homicides in the long-abandoned region.

The country’s military sent more than 2000 troops this month to defend the border with Venezuela, President Juan Manuel Santos announced early this month.

According to a preliminary report by the Medical Examiner’s Office, some municipalities alongside the border with Venezuela saw a significant increase in homicides in 2017.

The municipalities that stood out are the towns where official border crossings between the two countries are located.

The Norte de Santander province had the most prolific homicide count. This province is home to vast coca fields in the north. The capital, Cucuta, is the main border crossing between Colombia and Venezuela.

Tens of thousands of Venezuelans have been crossing the border in Cucuta every day to buy food and medicine in the Colombian city or escape ongoing scarcity in the neighboring country.

Multiple organized crime, paramilitary and guerrilla groups have been vying for control over this region for decades.

While Cucuta registered a decrease of 12% with 244 homicides in 2017, surrounding municipalities saw sharp increases.

Villa Del Rosario, just south of Cucuta, is another busy border crossing. The small town saw homicides increase by 29% to 40 in 2017.

“We are urging the national government to increase the presence of the army, the police to take more control measures at the border because of the serious events that are taking place,” said the mayor of Villa del Rosario last year because of increased homicides in his municipality.

In Tibu, where coca replaced the legal economy years ago already, 64 homicides were registered in 2017, representing an increase of 52% compared to the year before.

Authorities in Tibu said in November that they hadn’t witnessed any homicides in the town center in 64 days, which they accounted to the demobilization of 300 guerrillas of The Revolutionary Armed Forces of Colombia (FARC) in the region.

The demobilization of the FARC, which was until last year the country’s largest illegal armed group, has caused a power vacuum in many neglected regions, particularly in the lawless border region.

The ongoing crisis in Venezuela has only made this worse.