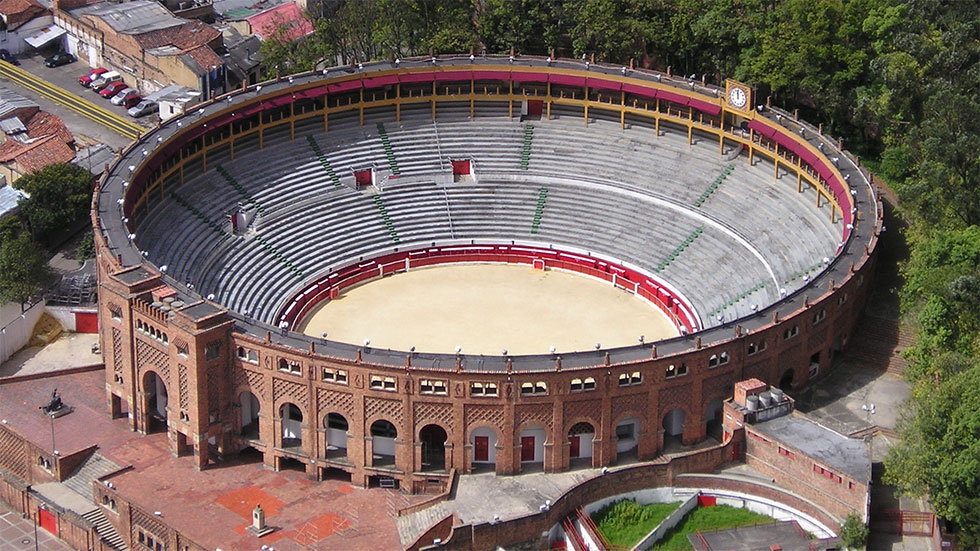 A homemade bomb exploded near Bogota’s bullring, killing a police officer and injuring as many as 31 bystanders.

The artefact, whose loud explosion shattered windows in nearby apartment buildings, appears to have been left in a sewer outside a youth hostel popular with foreign backpackers. It was detonated just a few hours before a scheduled bullfight.

Mayor Enrique Penalosa on Twitter said that a police officer identified as John Herrera was killed during the explosion. The city government said 31 people were injured, two of them seriously.

“The terrorists won’t intimidate us,” Penalosa said on Twitter, adding that Sunday’s bullfight would take place as planned despite the incident. “We are going to do all that’s necessary to capture them.”

A video taken at the time of the explosion and broadcast on local TV shows a cloud of debris quickly engulfing a busy street corner as cars and pedestrians moved by.

Bogota’s previous leftist mayor outlawed bullfighting in 2012. But the constitutional court later overturned the ban, ruling that it was part of Colombia’s cultural heritage and could not be blocked.