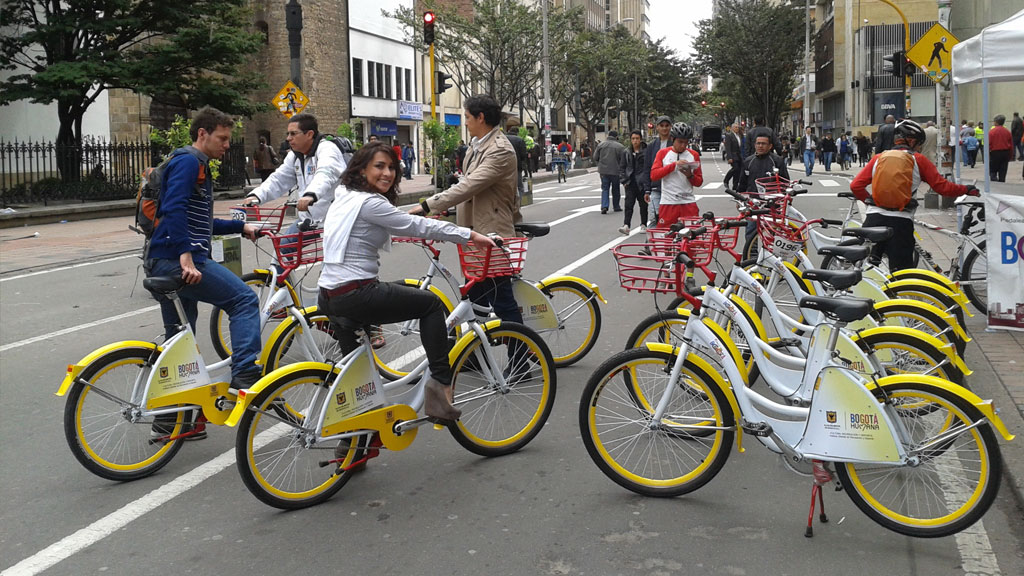 In an effort to make Colombia’s capital Bogota more green and efficient, a new public bike system is set to be fully implemented by 2018.

Bogota’s public bike system will consist of 2851 public bicycles and 256 bike stations, distributed over most the city’s districts.

Last year, the city had already opened 13 bicycle stations, in an attempt to push commuters to use the bicycle and public transport to relieve the city’s increasingly congested road infratsructure.

The secretary of transport announced that the $1.4 million contract has been awarded to BiciBogota. A temporary union consisting of Chinese company Jiangsu Hompe Technology and Colombian company Cartuena de Asea Total.

BiciBogota offered to purchase the bikes from China. With China’s cheaper labor and production, compared to Europe or North America, costs may be as much as 60% below the world market.

However, BiciBogota’s rival, Bicicletas Seguras para Bogota, has questioned the structural integrity of the Chinese bikes. Reminiscent of the capital’s 2010 public bike trial, which allegedly partly failed due to the bikes being inadequate for Bogota’s intense traffic.

Although BiciBogota’s initial bid was rejected because the originally proposed bikes did not meet specifications, they later presented evidence convincing the city to take their offer.

The secretary of transport has stated that there are clearly specified features and functionalities which must be met by the bikes and stations. Should BiciBogota fail to comply with these requirements there will be financial penalties.

So far, everything seems to be in place for Bogota’s bikes to start appearing in the city from June. However there is one questionable character at the center, entrepreneur Oscar Salazar.

According to the news site Loatracara, Salazar is the same man who imported 60 used and sub-standard garbage trucks from the US. He then reportedly leased them to the Mayor’s Office for $3.6 million. To date, only 13 of these trucks remain functional.