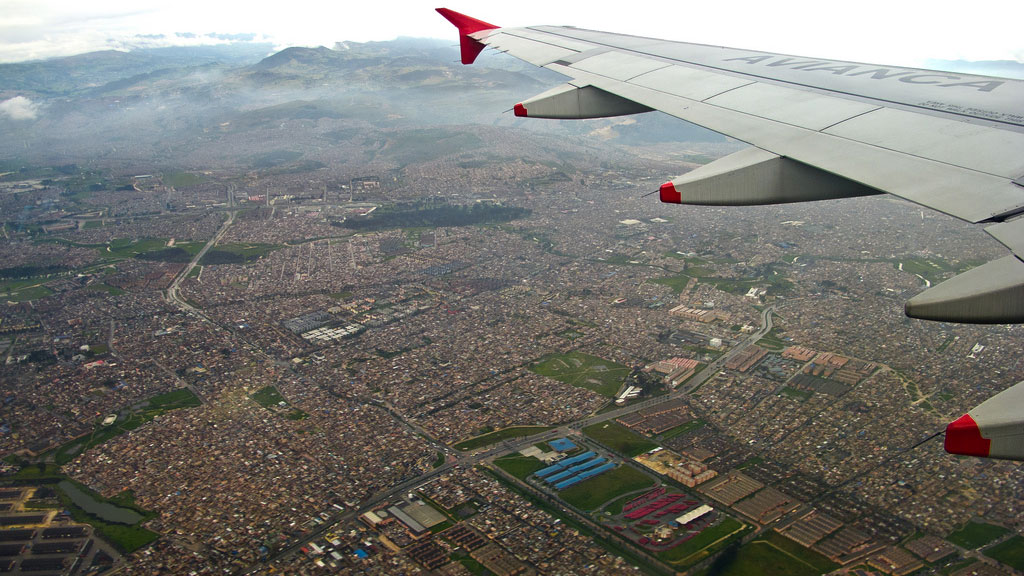 Bogota to have second airport by 2021

Colombia’s government announced on Wednesday it hopes to finish the construction of the capital Bogota’s second airport in 2021.


The start of construction work for the El Dorado II airport will begin in late 2016 or early 2017.

The proposed location of the second airport is in in Bogota’s west, in a separate location to El Dorado, Colombian daily Portafolio quoted Colombia’s vice president German Vargas as saying.

“From today begins the process of defining the areas, freezing the use of the land and what comes next is land acquisition and final designs,” the vice president told Portafolio.

“We need to increase airport capacity. Colombia grows at unexpected rhythms, while the world average growth in passenger growth is 2% or 4%, we are growing at over 18%. We currently mobilize 27 million passengers and hopefully in three years that figure exceeds 40 million passengers,” said Vargas according to La Vanguardia newspaper.

The government has yet to put a price tag on the project and will soon begin the relevant studies, stated the vice president.

It is expected to cost 2 billion pesos according to estimates by the National Infrastructure Agency.

The project has two stages. First comes the definition of the location and then the completion of a master plan, which the Civil Aviation will commence in the coming days.

Later, with the master plan and the location defined, the specifics of the project design will go up for tender in a year.

Vanguardia quoted the director of the National Infrastructure Agency, Luis Fernando Andrade, as saying that while a public initiative, but said, “if a private company presents a better initiative, we will be evaluating this…can be public or private.”