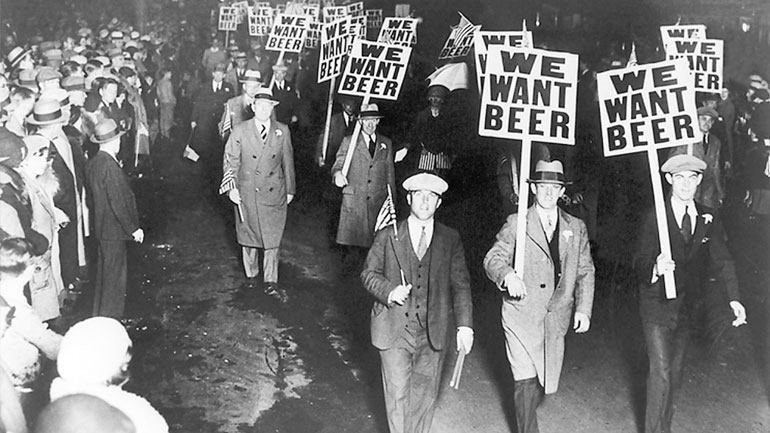 What failed miserably in the United States in the 1920s could work for Colombia’s capital Bogota, according to a local councilman who wants to impose alcohol prohibition until the end of the year.

Councilman Marco Fidel Ramirez, locally known as the Councilman for the Family, put forth the proposition after rates of “drunken quarrels” were released by the National Police on Saturday and Sunday.

Ramirez is no stranger to the proposal of extremist conservative legislation: the councilman once called for an end to Halloween, which he described as a giant “Satanic party.” He is also noted for being an aggressive anti-gay marriage crusader and claims to have met Jesus Christ in the flesh when he was twelve years old.

Ramirez stated that he is alarmed and strongly concerned by the statistics reported: according to the commander of the Metropolitan Police of Bogota 5,100 fights occurred during the weekend, causing nine deaths and the majority of which were tied to alcohol and drug consumption.

“The move would improve the perception of safety by reducing the rates of street fights, traffic accidents, thefts and murders, among others.” The councilman continued, noting that “nothing good comes from alcohol, only broken families, ruin, and destruction, and for this reason [we] should discourage alcohol consumption in the capital of the Republic.”

Councilwoman Maria Fernanda Rojas noted that of the common causes of homicides thus far in 2015, 28% occur in fights and 90% of those involved in the deaths belong to economic strata 1 or 2. Rojas highlighted a dramatic increase in calls to police related to fights: in 2014 approximately 1,101 calls were made and that numbered has jumped by 18.5% in 2015.

According to the Bogota’s Office of Legal Medicine and Forensic Sciences, the 2015 year-to-date frequency of quarrels is 377 fights per 100,000 inhabitants.

The areas of Bogota where most fight-related deaths are concentrated are Western Bosa, Lucero and Ismael Perdomo in Cuidad Bolivar, Corabastos and Patiobonito in Kennedy, and Suba Rincon and La Sabana in Martires.