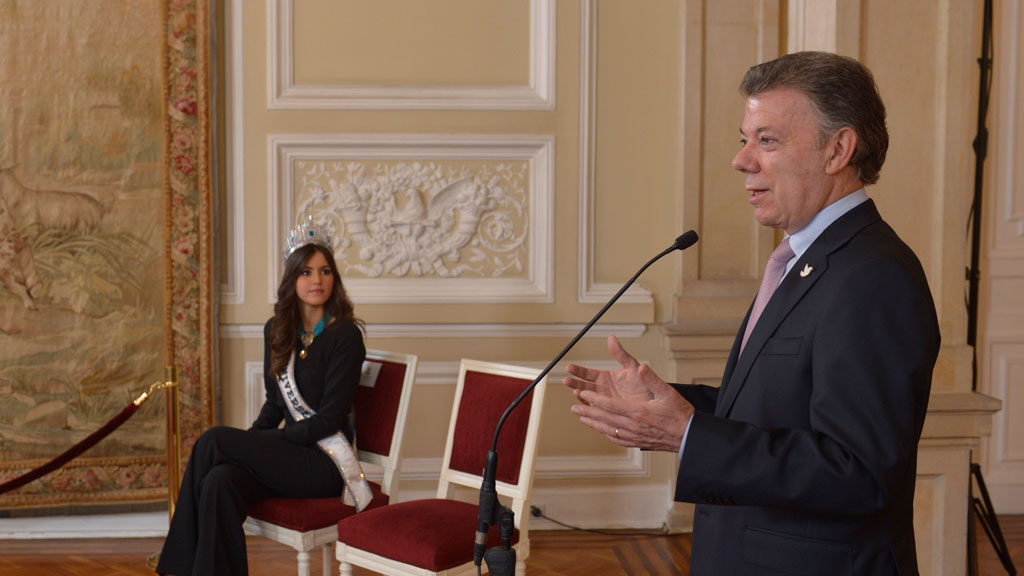 Colombian President Juan Manuel Santos said that the prospect of a bilateral ceasefire is unlikely to happen during peace talks with the FARC due to “complex” conditions.

While government and rebel negotiators are negotiating the ceasefire, this will probably not take effect until peace negotiations are fully complete, said Santos.

Peace talks are being held between guerrilla group the Revolutionary Armed Forces of Colombia (FARC) and the Colombian government in Havana, Cuba to end a war between the rebels and the state that has lasted more than half a century.

The hypersensitivity of the talks was heightened by a recent FARC attack against military soldiers in the southwestern Cauca province, thus violating a unilateral ceasefire that was declared by the rebel leadership in December.

Santos promptly responded to the attack by resuming temporarily suspended air strikes against the rebels.

“This incident was a product of a deliberate attack by the FARC, it was not a coincidence and this implies a clear rupture of the promise of a unilateral ceasefire,” Santos told reporters in Cali, the country’s third largest city.

Victim organizations, locals from areas where the war is taking place, and leftist organizations have urged the president to agree to a bilateral ceasefire, so has the FARC itself.

It is unclear whether the attacking rebel unit acted on orders from its chief commanders or without superior permission.

Negotiations have been ongoing since November 2012. During these negotiations, partial agreements were signed on rural reform and political participation, both considered the main causes of the conflict, and drug trafficking, which has fueled the violence since the 1980s.

Getting the FARC Process Back on Track: Cease-Fire Talks, Not Deadlines (colombiapeace.org)