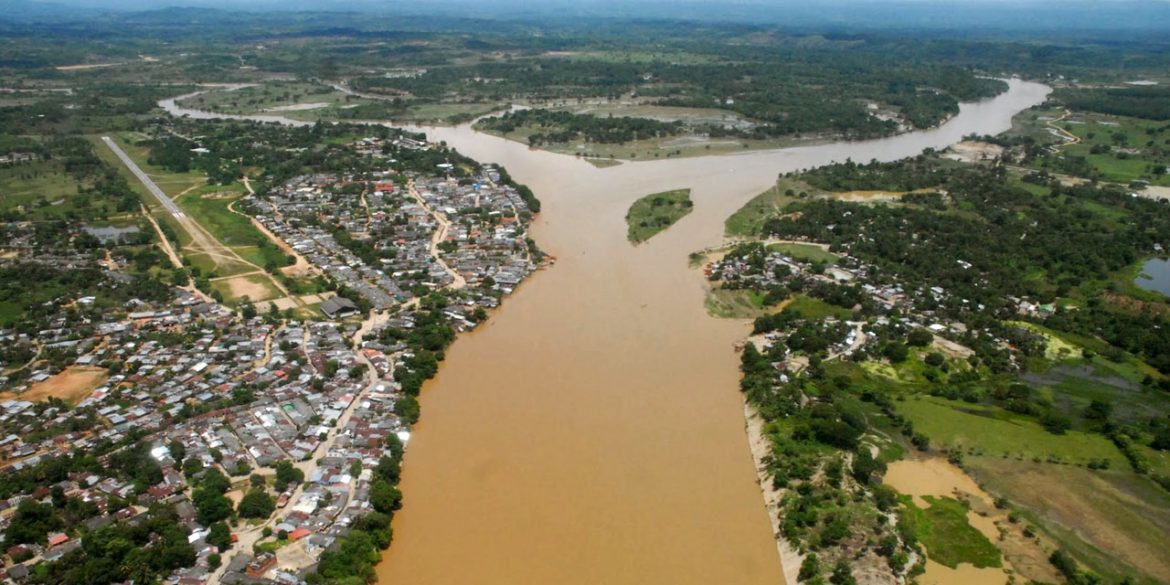 The troubled Bajo Cauca region, located in the north of Colombia, is a major drug trafficking corridor and a hotbed of criminal activity.

The subregion lies in the northeast of the war-torn and corruption-ridden Antioquia province. Rich in gold and coca, Bajo Cauca consists of six municipalities, all among the municipalities with the highest murder rates in the country.

Formerly a den for leftist insurgents, a battle for the region’s resources is now taking place between the country’s illegal armed groups and drug traffickers.

One of the first regions in Antioquia to be colonized by the Spanish, interest in Bajo Cauca has always been for what lies under the ground.

In the 16th century, the Spaniards founded the towns of Caceres and Zaragoza as part of a mission to raid the gold and silver in the area.

African slaves were later brought in by the Spanish to work in the mines and their descendants settled in other parts of Bajo Cauca, later founding other municipalities such as Caucasia.

By the end of the 18th century, foreign companies started arriving to try and get their slice of the pie.

Today, close to 60 percent of gold found in Antioquia comes from this northern region, which is why armed groups have always had an interest in it.

But despite being wealthy in natural resources, Bajo Cauca has suffered socially, economically and even naturally – with floods and mudslides taking their toll on the area.

An extremely poor region, the amount of people living in poverty in Bajo Cauca provides ample opportunity for criminal gangs to recruit.

And like other parts of Antioquia, land ownership in Bajo Cauca is concentrated in the hands of the wealthy few, which always brings with its fair share of bloodshed.

The central elements of the Colombian conflict – coca, illegal armed groups and gross inequality – can all be found in Bajo Cauca.

Figures from 2016 show that over 50 per cent of the region’s people live in poverty and being a coca-growing hotspot, strategically Bajo Cauca was always an ideal place for leftist insurgents to be based.

Historically the FARC, formerly the country’s largest rebel group, had tight control over parts of the region.

The 1990s saw the invasion of right-wing paramilitary groups to counter such leftists. But groups with polar opposite views, such as the FARC and the ELN, later cut deals and formed business relationships with the paramilitaries or drug traffickers.

An absence of the state and a failure to implement its land restitution plan has also seen the Bajo Cauca area suffer.

The region has seen large amounts of displacement. Land directly stolen from peasants and violence in the area has caused people to flee in one way or another.

Those wanting to reclaim their stolen territories aren’t able to do so successfully due to the ineptness of the state or the fear of going against armed groups that plague the region and who are linked to the seizures. For this reason, the Land Restitution Unit in Antioquia has been very slow to restore land.

It is unlikely many of the people barged off their territory will be able to safely return anytime soon.

Since the FARC, formerly the country’s biggest rebel group, put their weapons down in 2016, like in many other areas in the country a power vacuum has been left, allowing other armed groups to fight for power.

Despite the leftist ELN trying to seize territory, the Gaitanista Self-Defense Forces of Colombia (AGC) or “Gulf Clan”, a paramilitary group which controls most of the country’s drug trade, seem to be causing the most trouble.

The ruthless group, which has alleged links to Mexico’s Sinaloa Cartel, have been battling it out with a breakaway faction, Los Caparrapos, for control over the illegal economies.

This war has wreaked daily havoc on life for people living there – with gunfights and grenades thrown around Bajo Cauca’s small capital of Caucasia, and the recent displacement of over 1,500 people.

And disillusioned members of the FARC, who feel let down by the peace deal, have also rearmed and based themselves in the region, warring with the other groups for control of the illegal economies.

For now, despite the media narrative heavily focusing on coca, it is by far the economy of illegal mining that is the most lucrative for armed groups in the area.