Antanas Mockus is a senator, mathematician and philosopher who is leading the anti-corruption Green Alliance party in Colombia’s Congress.

Before his 2018 comeback to the forefront of national politics, the eccentric politician and scholar led the country’s most prestigious university and was elected mayor of the capital Bogota twice.

Mockus was born into a family of Lithuanian migrants in Bogota in 1952.

At age 20, Mockus left for France to study mathematics and philosophy at the University of Burgundy in Dijon, France.

Three years later, in 1975, the Bogota-born whiz-kid got his first job teaching at the National University, Colombia’s most renowned university.

By 1988 he had become the university’s vice-president. Three years later he became director.

In that same year and as university director, Mockus contributed to the country’s new constitution that was being formulated after a peace process with some of the country’s leftist rebel groups.

He gained national notoriety in 1993 when, faced by a rowdy group of students at a public event, he mooned the crowd. The incident contributed to his resignation as university director, but also launched him as the anti-establishment candidate in the 1995 Bogota mayoral election. 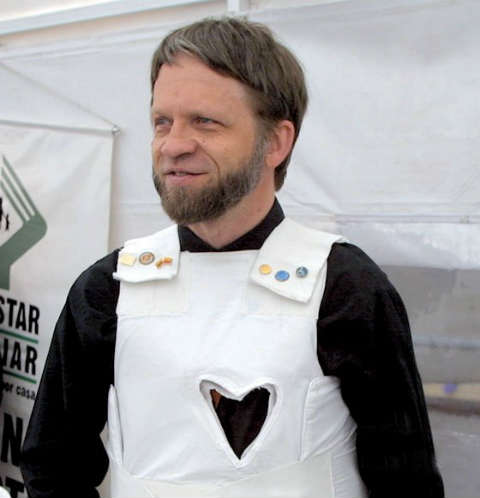 After his election as mayor, Mockus embarked on a legendary term that was dominated by out-of-the-box proposals and solutions to the capital city’s long-standing problems.

Rather than repressive measures to, for example, solve a water shortage and reduce violent deaths in traffic and through homicides, Mockus successfully embarked on art-inspired campaigns.

For a while he wore a bulletproof vest that exposed his heart, hired mime actors to regulate traffic and raise awareness about traffic safety and successfully sought the reduction of water usage through voluntary participation.

His first term as mayor established him as one of Colombia’s most legendary politicians and sew the seeds of the pragmatic rather than the ideological approach to politics that had long been divided between liberals and conservatives.

His approach, however, failed to appeal to working class voters outside the capital and failed to impress in the 1998 elections that ultimately saw the election of Conservative Party mogul Andres Pastrana.

After asking “forgiveness for leaving the mayor’s office in an unsuccessful bid for the presidency” on one of the city’s public squares, Mockus successfully ran for mayor again in 2001.

While in between mayorships, Mockus founded Corpovisionarios, a think tank that has been helping governments to seek changes in civic culture through voluntary participation.

After leaving the Bogota mayor’s office in 2003, Mockus went on a “sabbatical” that included teaching at Harvard University.

He was named Lithuanian of the Year by a newspaper from his parents’ native country in 2004 and delivered a speech before the Lithuanian community in Chicago the same year.

Backed by his popularity in Bogota and among progressives, Mockus embarked on multiple presidential bids, but was never able to defeat his opponents.

In 2006, he obtained no more than 1.24% in the elections that were won by then-incumbent President Alvaro Uribe. The elections would go in history as one of the least democratic in history as paramilitary groups were used to coerce voters.

Mockus tried again in 2010, this time against dynasty politician Juan Manuel Santos. Again he lost, obtaining only 27.5% of the votes in the second round.

Mockus withdrew from politics until 2017 when the anti-corruption Green Alliance party asked him to lead their bid for senate seats.

The party received most votes in Bogota and the Boyaca province and nearly doubled its representatives in the senate after the 2018 elections.

Mockus was removed from the Senate in 2019 after the National Electoral Council nullified his election due to his foundation’s ties to the government. This was later overturned by the State Council.