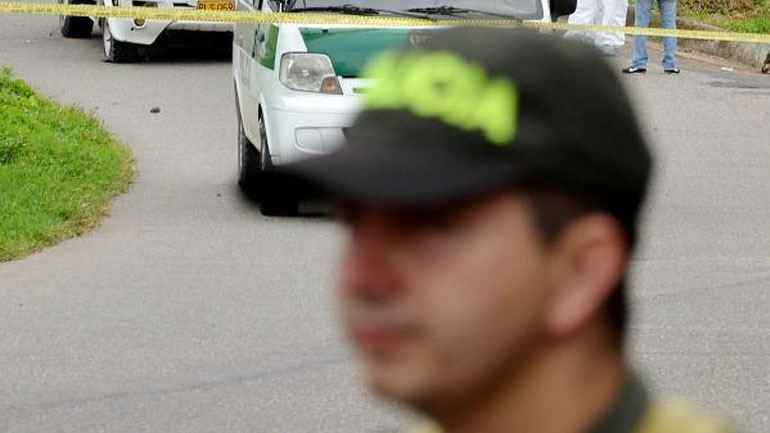 An American tourist was shot to death during an apparent robbery attempt after leaving his hotel in a wealthy enclave of Medellin, Colombian authorities said Saturday.

Police identified the victim as John Mariani, 65, of New York, and said he was attacked Friday night when his taxi was intercepted by gunmen in a car and on a motorcycle. They said the assailants tried to take his wallet and personal belongings and shot him when he resisted. The attackers then fled.

Police offered a $16,000 reward for information leading to the arrest of the perpetrators.

Street robberies in Medellin up 300% since mayor took office

The US Embassy had no immediate comment. Police said Mariani had arrived in Medellin from Costa Rica, but gave no other information on him.

El Poblado neighborhood where the shooting happened is one of the Medellin’s wealthiest and safest enclaves. It is a leafy neighborhood that is home to the city’s vibrant dining scene and dozens of high-rise apartment buildings and hotels.

Medellin, the country’s second biggest city, is a far cry from the 1980s when it was the headquarters for Pablo Escobar‘s feared Medellin cocaine cartel, and it has been experiencing a boom in tourism. The New York Times featured it at No. 11 on its list of 52 places to go in 2015.

Although the city remains a major center of crime, deadly violence has dropped since Escobar’s heyday, when more than a dozen people were slain daily on average. The city had a homicide rate last year of 26.1 per 100,000 residents, about five times the U.S. average but well below major American cities like Detroit and Baltimore.