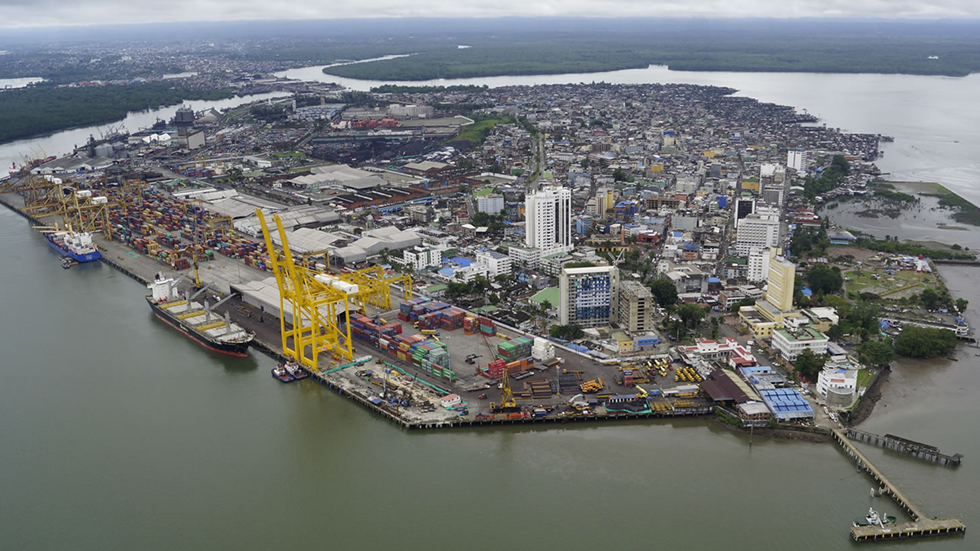 Almost 800 families from Colombia’s largest port city on the Pacific coast, Buenaventura, are at risk of violence by illegal armed groups, according to the country’s ombudsman.

Locals are facing “threats, targeted killings, forced recruitment and the use of children and adolescents, crimes against sexual integrity, forced individual displacement and massive extortion,” claimed Ombudsman Carlos Negret in a risk report sent to civil, military and police authorities.

The violence has emerged after the arrival of a new illegal armed group called Gente del Orden, which was formed by dissident militia members of the now-demobilized FARC guerrilla group in the more southern port city of Tumaco.

Local indigenous people blocked the road connecting the port to the rest of the country two weeks ago to protest the violence and government failures to implement a peace process as agreed with the FARC.

Many in the city went on strike five months ago, demanding an end to the violence and state neglect.

The strike that paralyzed Buenaventura in June left several injured and damages across the city.

The Ombudsman’s report indicated that the families with the greatest risk are the rural communities of Juanchaco (500 families), Ladrilleros (178 families) and La Barra (110 families)

Inside the city limits, the risk of violence is also increasing in communes 3, 4 and 12.

Complaints were received in which subjects seek to forcibly take young girls to have sexual relations and for that reason there have been families who had to move.

The Ombudsman’s report paints a grim picture of the situation in Buenaventura with the influence of illegal armed groups dominating the region.

Armed men who identify themselves as “Gente del Order” also look for young people who have done military service to pay them a million pesos ($330) for their “services.”  A boy from District 12 declared that he had to flee with his family when he refused to join this illegal armed group.

Faced with this situation, the Ombudsman requested that the Governor, the Mayor of Buenaventura, the Pacific Naval Force, the Police and the National Protection Unit “adopt effective and timely measures of prevention and protection.”

Under the peace deal between Colombia’s government and the FARC, the state agreed to send troops into areas vacated by the rebels to prevent the expansion of criminal gangs and paramilitary groups.

However, the security forces have failed, leaving hundreds of thousands of people across Colombia vulnerable to these illegal armed groups.

Coca cultivation hit record levels after a 2012 agreement to invest in neglected and abandoned territories.

With this expansion have come threats, violence, extortion, forced recruitment and murder.