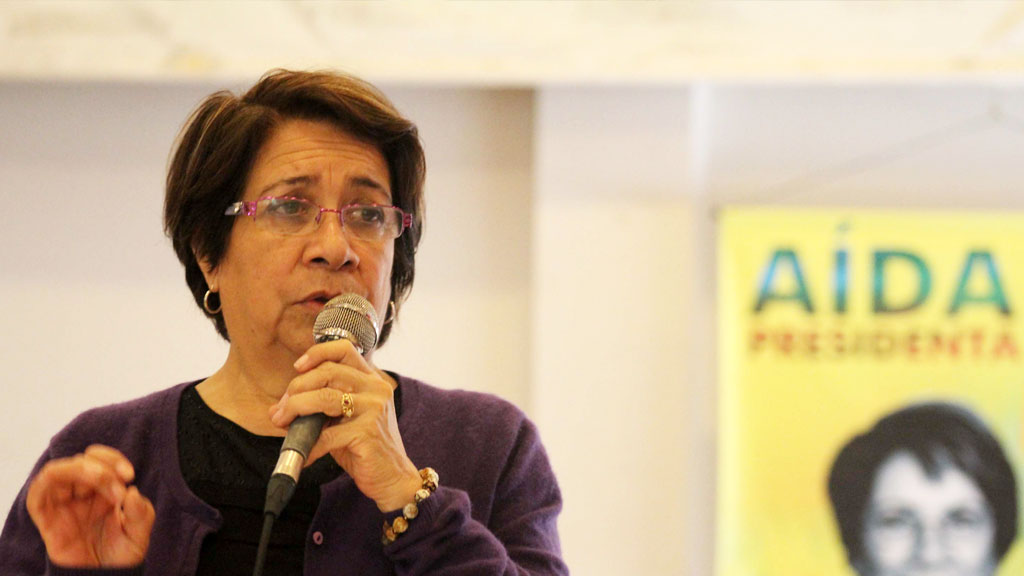 Aida Avella is a Colombian politician and leader of the leftist Patriotic Union (Union Patriotica – UP) party.

A former psychologist and labor union leader, Avella joined the then-communist UP as it was formed in 1985 as part of a peace plan to allow rebel group the FARC team up with non-armed political actors. The guerrillas formed the UP with other members of Colombia’s radical left.

Avella was the president of the UP from 1991 until 1996 when she was forced to flee the country after an attempt to assassinate her and amid the killing of thousands of party members, including two presidential candidates.

In 2002, the party had its legal status revoked after the violent campaign had reduced the party’s electoral success in the 1998 election to below the electoral threshold.

The politician returned from exile in 2013 after a judge ruled that the party’s elimination from politics had been illegal and the UP was allowed to take part in the 2014 elections.

According to the judge, the cause of the UP’s loss of electoral support was due primarily to the killings and the intimidation of supporters.

Following a disappointing result in the 2014 congressional election in which the UP failed to reach a seat in either the House of Representatives or the Senate, Avella became the running mate of Clara Lopez, the presidential candidate and leader of the social-democratic PDA.

The leftist duo lost in the first round of the elections ultimately won by centrist candidate Juan Manuel Santos who was running for reelection.