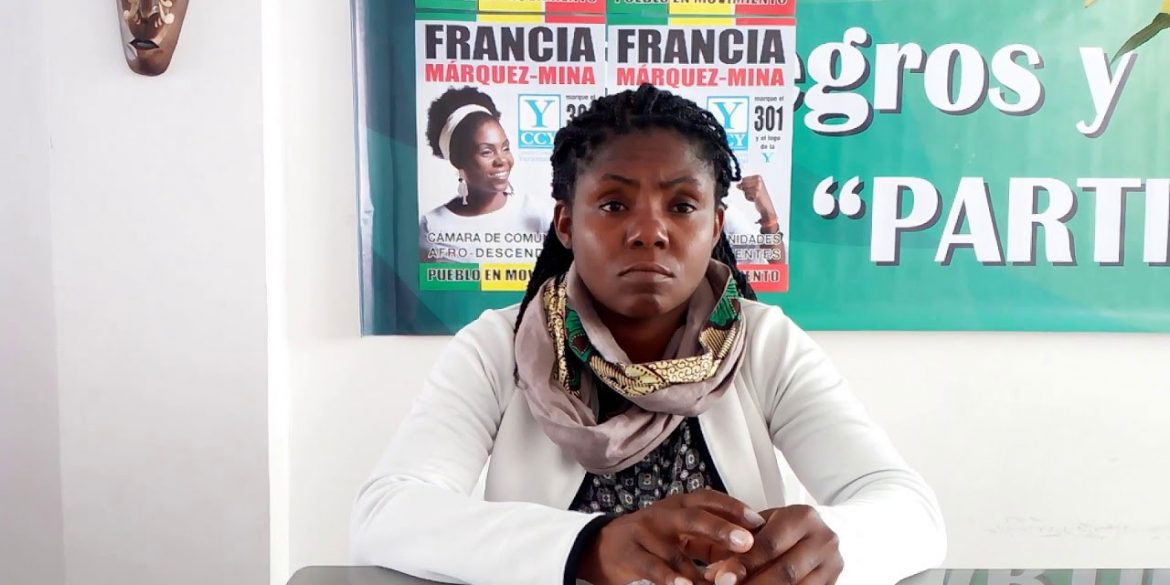 Francia Marquez, an activist from southwest Colombia, has been awarded the prestigious Goldman prize for extraordinary environmental activists.

Marquez, a community leader from the war-torn Cauca department, led a 10-day, 350-mile march of 80 women from her village in the Suarez municipality to the capital Bogota in 2014 to successfully demand the government remove illegal miners who were polluting rivers.

“A formidable leader of the Afro-Colombian community,” the jury described the woman who became an environmental activist at the age of 13 and represented victims at peace talks between the government and now-demobilized FARC guerrillas.

In a stirring speech upon receipt of the award, Marquez highlighted that the people of her community had an “upbringing based on values such as solidarity, respect and honesty” that encouraged them to “love and value our land, and fight for it.”

Marquez addressed the issue of climate change saying that we must “come together to take the necessary actions to stop global warming.”

Illegal mining is a significant activity within Colombia, with estimates that almost 50% of the country’s mines are illegal.

Such mining often involves rebel groups such as the ELN as well as neo-paramilitary and drug trafficking organizations who target gold as well as silver, coltan and emeralds, in operations which pollute rivers and forest ecosystems.

With such profit to be made in the illegal mining industry, these illegal armed groups are willing to use force to maintain there stranglehold on the raw materials, which places locals and especially environmental activists at risk.

“We constantly receive death threats from militias, leaders, organizations and communities. Protecting the environment and land will always result in dispute between those who want the territory to live and those who want it to fill their pockets with money,” Marquez told British newspaper The Guardian.

This award is a recognition of the collective struggle of all peoples in the world who care for the environment … and all the leaders who have been killed for the cause of caring for our common home.

Government vows to act against illegal mining in southwest Colombia

For Marquez, it is essential that people realize that the world is being slowly corroded and we must take collective responsibility to preserve it for future generations.

“The first thing we need is to be more aware of the historical moment in which we find ourselves: the planet is being destroyed, it’s that simple, and if we do nothing to avoid it we will we will be part of that destruction,” she said.

“Our time has come, we must act, we have a responsibility to future generations to leave a better world, in which taking care of life is more important than producing cumulative wealth,” added the award-winner.

Since 1990, six awards – one for each habitable continent – have annually been announced by the Goldman prize foundation.

On this occasion and for the first time, five of the six award winners were women.