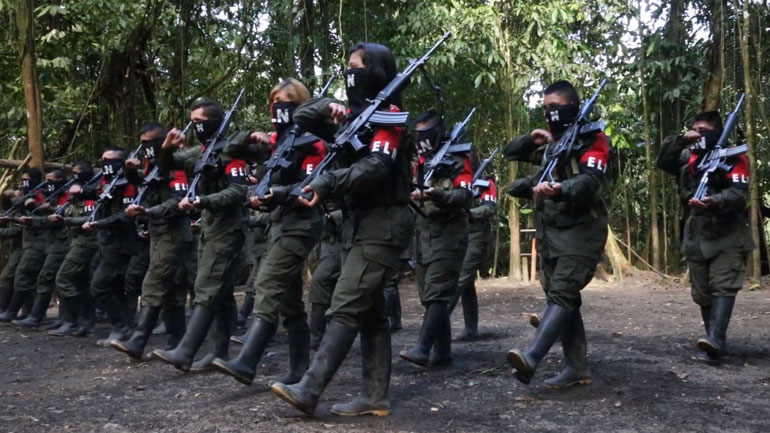 Colombia’s military reported the killing of at least nine guerrillas of rebel group ELN in an operation in the north of the country.

The operation took place in the town of Morales, Bolivar, said the Ministry of Defense of Colombia on his Twitter account.

Among the nine guerrillas killed was the leader of the Sepulveda front, known by the alias “Reindeer,” who participated more than 21 years in the ranks of the ELN and is considered responsible for kidnapping and the extortion of miners, ranchers and merchants of South Bolivar.

The army indicated “they are doing fingerprinting tests to verify his identity,” although “he was identified by a member (of the guerrillas).”

“I commend our security forces for the blows against the ELN and Usuga Clan. The safety and security of Colombians is priority,” the head of state tweeted.

The ELN has been an active participant in Colombia’s armed conflict since it was founded in 1964, and announced informal peace talks with the government in June 2014, five days before the reelection of President Juan Manuel Santos.

Originally fighting for political reasons, the group eventually became involved in large scale drug trafficking at the end of the 1990s.

The group’s leader Nicolas Rodriguez, alias “Gabino,” announced positive sentiments towards the possibilities of a formal peace process with the government last month, stating the talks are “in the final leg before entering the public phase,” and hopes that as well as promoting disarmament, they will “overcome the use of violence for political problems.”

However, in the midst of bilateral negotiations, violent confrontations between the ELN and national security forces still occur in areas of strong guerrilla occupancy.

Since the start of bilateral measures of deescalation, the ELN has made 28 attacks, mainly in the departments where they have historically exercised presence: Arauca (17) and Norte de Santander (5), among others, according to independent conflict analyst center CERAC.