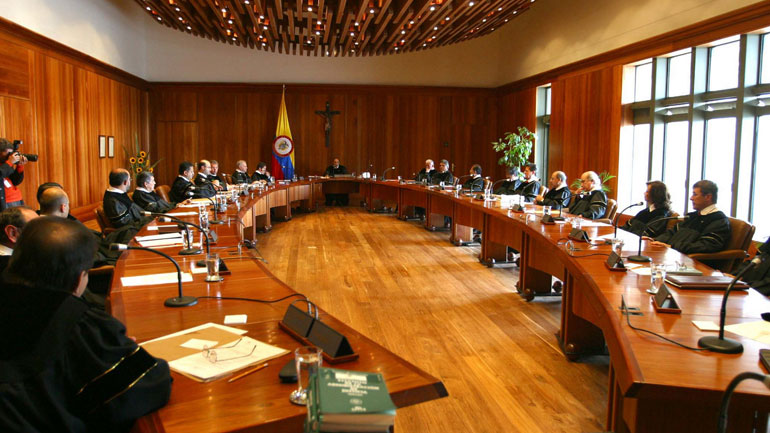 An eight-year-old boy defeated one of Colombia’s largest healthcare providers, achieving a court order that obligates his mother’s health intermediary to secure treatment for a tumor discovered earlier this year.

The Constitutional Court of Colombia received quite a shock when the boy marched into the court room earlier this year.

The boy was the plaintiff in a lawsuit in which he demanded that his family’s healthcare intermediary effectively secured medical treatment for his mother who became diagnosed with a malignant, possibly cancerous tumor in her thyroid gland on April 17, 2015, according to weekly Semana.

The woman applied for an appointment, referred by her physician, at a hospital in Bogota, but was rejected.

Three more hospitals in Bogota rejected her request, claiming they were unable to undergo the specific procedure she needed to eradicate the tumor.

Instead of finding the necessary procedure, the woman’s healthcare provider told the patient that she herself would have to find a hospital with the equipment to treat the tumor.

And so, the family’s uphill battle to receive adequate care began.

Health intermediary Nuevo EPS, which is paid by its affiliates to secure the necessary healthcare for its clients, sent her around the country in pursuit of a willing healthcare provider — to no avail.

With little hope left in her healthcare intermediary, the woman, as millions of Colombians are forced to do each year, turned to the court to fight for her constitutional right to get her life-saving treatment.

In order to sue the healthcare system and gain the care she desperately needed, the woman solicited her son of just eight years to represent her in court and present her case. Given the unusual request, a Bogota judge refused the lawsuit, claiming it was not justified that the mother could not attend herself to claim her rights.

The polemic case was thereafter chosen for review by the Constitutional Court, where the findings were different.

The Court established that the representation of the patient through a third party, in this case a very young boy, was justified. Although it was doubted if the boy was the true author of the letter presented in court, the judges granted him the right to represent his sick mother in the legal proceedings in consideration of her deteriorating physical state.

In the end, the Court mandated Nuevo EPS to provide the procedure for the boy’s mother, a triumphant victory in Colombia.

The obstacles confronted by the mother are not uncommon in the Colombian healthcare system.

Oftentimes, users have to sue their health intermediaries in order to receive the healthcare they pay for. As the constitution lists the “right to healthcare” as a fundamental right, every year a great number of patients sue their healthcare providers for refusing to cover certain treatments or medicines not included in the basic health plan.