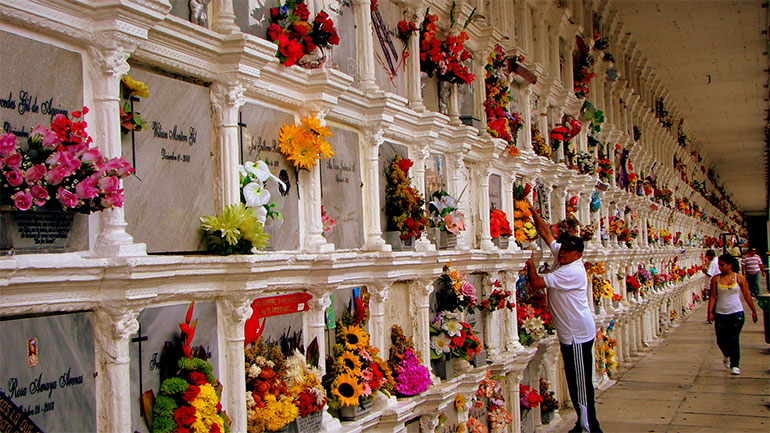 Some 6,550 dead people are registered to vote in Colombia’s upcoming local elections, according to the National Registry.

Affairs delegate to the National Registry, Alfonso Portela, announced the figure on Wednesday, adding that “we are going to see if these deaths occurred after the registration process.”

The abnormality was acknowledged in the fourth round of the “2015 Elections Organization and Control” meetings, this time held in the northern city of Barranquilla, attended by more than 600 political and judicial figures.

According to Portela, the database is going to be revised, and a new single archive will be submitted.

“[We will] proceed to deliver relevant information to the Prosecutor General”, said the registry official.

This is not the first time that a mis-hap of this sort has affected the voting process.

In 2011, the country’s register had to undergo a complete overhaul due to the infrequency of its updates.

Four million deceased Colombian’s were removed from the official voter register to create more transparency in the 2011 local elections, and prevent fraudulent voting on behalf of the dead.

Following the most recent revelation of dead voters, the Prosecutor General’s Office has reportedly tried to urge the importance of working with the authorities to ensure transparency in the voting process.

Throughout Colombia’s 2015 local election process, there have also been irregularities recorded in voter registrations, where sudden and unusual increases have occurred.

The elections for mayors, governors, councils and assemblies will be held on October 25.