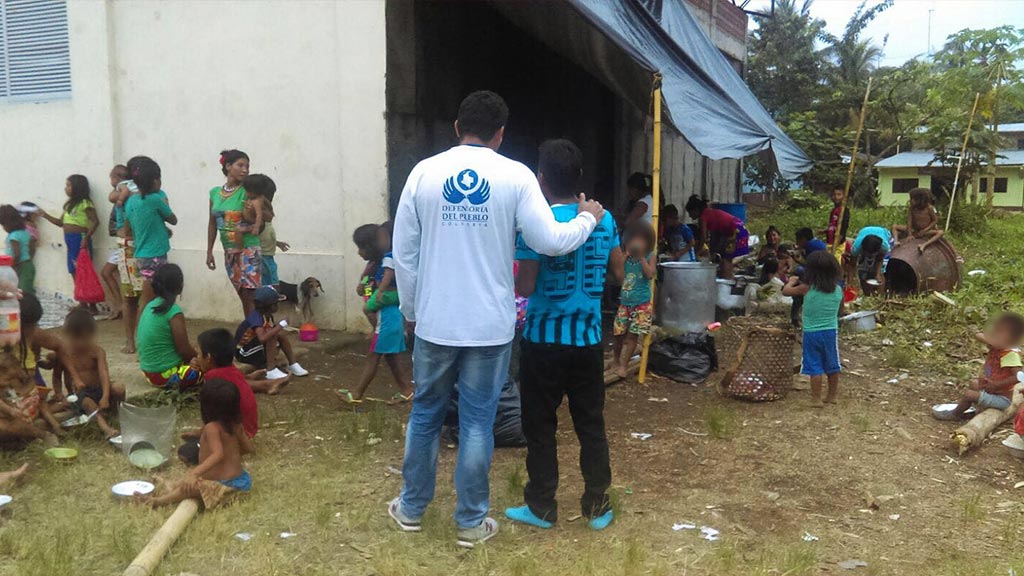 6000 displaced and 7000 trapped amid fighting in western Colombia

More than 6,000 Colombians were forced to leave their homes and more than 7,000 are trapped amid fighting in the west of the country according to the UN Agency for Refugees (UNHCR).

The armed  fighting between guerrillas and neo-paramilitary groups in the province of Choco has created a humanitarian crisis displacing many inhabitants and bringing normal life to a standstill for others.

“Their methods of subsistence fishing, farming and hunting, can not be practiced and children can not go to school,” said William Spindler, spokesman for the UNHCR.

“The magnitude of the situation has overwhelmed the local authorities’ ability to respond to basic needs, including food, healthcare, shelter and psychological support,” he added.

Clashes between ELN, Urabeños and army displace 3000 in west Colombia

Choco, mostly inhabited by Afro-Colombians, is one of the worst affected provinces by the violence of guerrillas and paramilitaries.

This latest round of violence, according to the UNHCR is over control of the territory on the Panamanian border around the Baudo, Atrato and San Juan Rivers.

The UNHCR is  said to be “working in close coordination with the Colombian authorities and other humanitarian agencies to provide emergency assistance and logistical support to the displaced communities,” according to the statement.

Colombia’s half century-long internal conflict involving guerrillas, paramilitaries and state forces has devastated many parts of the South American country.

As the government are currently in the final stages of talks with leftist guerrillas the FARC and prepare to enter formal negotiations with their Marxist counterparts the ELN, the UNHCR urged them to make provision to solve the humanitarian crisis in the peace process.