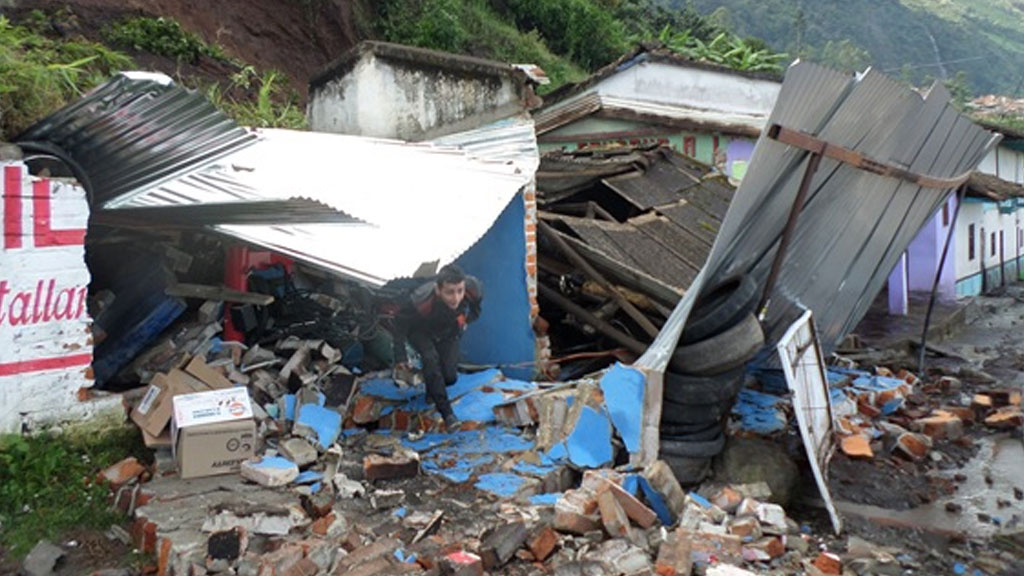 Some 400 people in the southwest of Colombia have suffered severe damage to their homes or businesses after an exceptionally heavy beginning of this year’s first rainy season.

Newspaper El Espectador reported that members of the national risk and disaster agency have traveled to the southern municipality of Sandona, Nariño to assist with shelter and rebuilding after the damage caused by days of unprecedented amounts of rain, causing severe landslides and flooding.

Regional authorities requested that local residents to refrain from further clogging the sewers by throwing trash in the street.

Locals have called on government authorities nationwide for financial aid in the rebuilding of homes and businesses, and to help return the members of the region to an equitable quality of life.

Four other nearby towns have said to have suffered damages due to the excessive rains.

Also in those towns, landslides destroyed homes and the municipal drainage system has clogged due to the heavy showers.

Because of its mountainous terrain in most the country, the rainy season commonly causes landslides and floods.