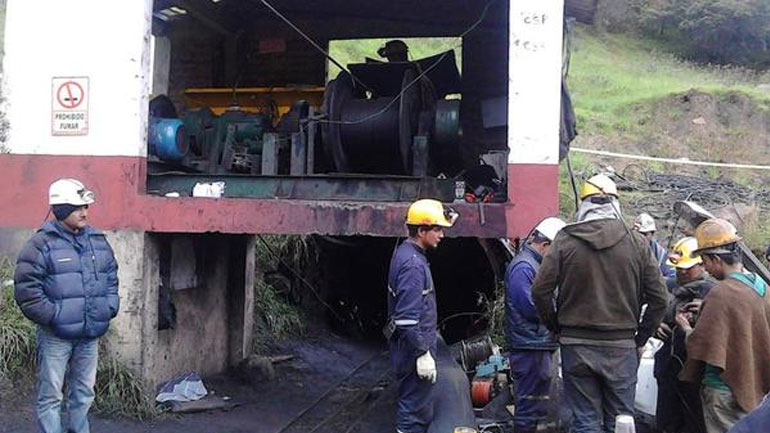 The miners died in the San Patricio coal mine near the rural town of Socha, Boyaca after a methane gas explosion around 7:00pm Monday night.

Mining staff will proceed to ventilate the mine shafts allowing the Technical Investigation Team of the Fiscal General to reach the scene and retrieve the remains.

According Alirio Rozo Millan, director of the Departmental Council of Disaster Risk Management of Boyaca, the body of one of the victims Nelson Enrique Dueñas Valaguera was recovered early Tuesday morning.

Recovering the remaining three bodies presents a challenge, as they are trapped 350 meters down into the mine.

“Three rescue workers will enter with respiration equipment and verify the conditions. The bodies are buried at a depth of 350 meters and the tunnel has an inclination of 45 degrees, which makes the recovery difficult,” Giovanny Benavidez, commander of the rescue operation told RCN radio.

The mining authorities are beginning an investigation to determine whether the mining activities were being carried out with proper permissions and protocol.

The San Patricio coal mine is owned by San Patricio Coal SAS, a Colombian mining company that has been mining since 2012, producing 60,000 tons of metallurgical coal annually, according the the company’s website. Metallurgical coal is used to make coke, an important part of steel production.

This is he second mining accident to occur in Boyaca this summer. In July, five miners perished after a deadly accumulation of gases ignited in the Laureles mine, 140 km to the southwest in Samaca. That mine had been sanctioned twice in 2013 for not complying with occupational hazard regulations nor following recommendations set out by the Administration of Occupational Hazards.