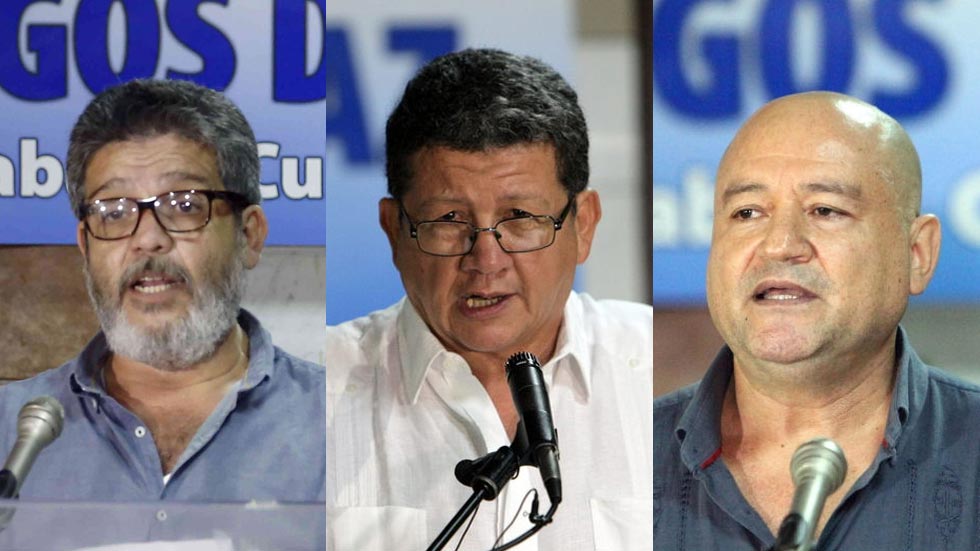 Three negotiators from Colombia’s FARC rebels will lead their disarmament process as they return from Cuba to coordinate the guerrilla group’s demobilization and disarmament.

“Pablo Catatumbo,” “Marco Leon Calarca” and “Carlos Antonio Lozada” who played prominent roles in the negotiating process will now provide their assistance and influence as the rebels are set to lay down weapons in 23 specific concentration zones.

The rebel negotiators will assist the commission set up to oversee the demobilization and reintegration of the rebels and are also expected to work in conjunction with the International Committee of the Red Cross (ICRC).

Following the signing of the bilateral ceasefire on June 23, the process of demobilization and disarmament will be coordinated with international oversight with a target of 180 days after the signing of the full agreement set for full completion.

The arrival of the three leaders should bolster the efforts as the rebels begin to lay down their weapons 52 years after they took up arms to combat the Colombian state.

Successful demobilization will depend upon strict adherence to the protocols set in the agreement as concerns remain about the power vacuum that will remain following the departure of the rebels from their areas of strict control.

As part of the agreement that is still being finalized, the guerrillas would abandon their weapons and take part in politics, ending an armed conflict of more than half a century that has cost the lives of more than 265,000 Colombians.

For the peace deal to be final, it must be ratified by the Colombian people through a plebiscite that could take place as early as the last Sunday of September.