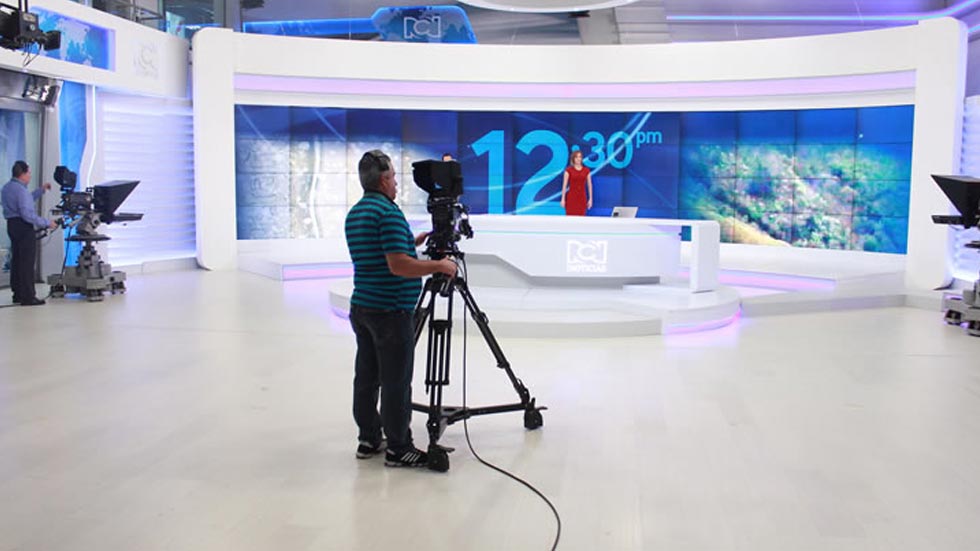 Two more journalists have gone missing in a lawless region in Colombia where security forces are already carrying out a massive search for a prominent Spanish journalist, President Juan Manuel Santos said Tuesday.

Santos said two journalists from the right-leaning network RCN are unaccounted for and now also being sought. The two were part of a group of journalists that had traveled to the volatile Catatumbo region to cover the hunt for Salud Hernandez-Mora, a longtime correspondent for Spain’s El Mundo newspaper whose weekly column in Bogota daily El Tiempo is one of the most read in Colombia.

Authorities were refusing to call Hernandez-Mora’s disappearance a kidnapping, though speculation heightened that she could have been taken hostage by the National Liberation Army, or ELN, one of several illegal armed groups and drug traffickers dominant in the mountainous area bordering Venezuela.

Hernandez-Mora, who has lived in Colombia since the 1990s, hadn’t been seen or heard from since Saturday, when was spotted arguing with an unidentified man and then hiring a motorcycle to take her to an unknown destination.

Pressure was mounting on Santos, who on Tuesday ordered the head of the police and army to travel to the area to personally oversee the search. An anti-kidnapping unit already was on the ground but communications are poor and security risks high.

Santos has staked presidency on securing a deal to end Colombia’s half-century conflict with the ELN and the much-larger Revolutionary Armed Forces of Colombia. But conservative critics, among them Hernandez-Mora, say that any deal is bound to fall short of expectations so long as vast stretches of rural areas remain ungovernable and effectively under the thumb of heavily armed illegal groups.

Underscoring the challenges Colombia’s government faces in asserting control, authorities said that a group of a half-dozen journalists who traveled to Catatumbo to cover the search for Hernandez-Mora were briefly detained Monday at a roadblock and had their equipment seized by an illegal armed group.

It wasn’t clear who stopped the group. But journalists from local network Caracol as well as Spanish news agency EFE returned safely Monday night to the town of El Tarra while the two reporters from RCN had not been in contact with anyone since Monday.

“We know nothing, absolutely nothing,” said Claudia Gurisatti, director of RCN’s news division.

Hernandez-Mora, who also has Colombian citizenship, is one of the South American nation’s most influential journalists. Admired and reviled in equal measure for her opinion columns frequently critical of the Santos government’s peace efforts, even her detractors in the government acknowledge her courageous reporting in violent areas where the state has almost no presence.

“Salud in the last five and a half, almost six years, has been a ferocious critic of my government,” Santos said at a military ceremony on Monday. “But precisely because she’s a person who is critical of my government I’ve given the instructions to our security forces, our generals and commanders of all the security forces and the police so that don’t spare any effort in locating her and returning her to freedom if she is detained against her will.”