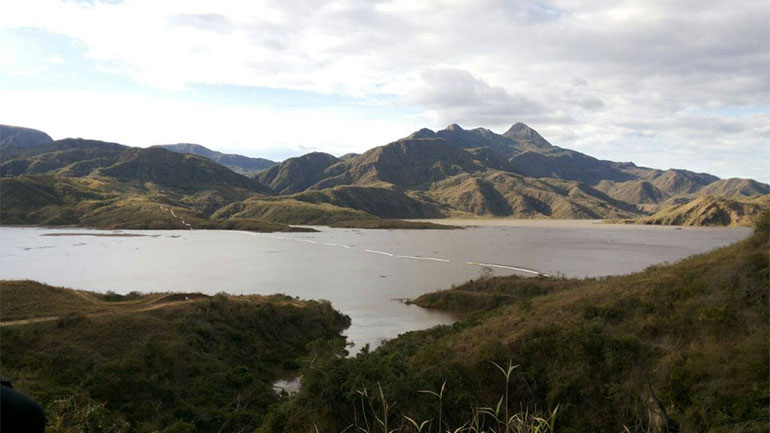 El Quimbo, a hydroelectric power plant in the southern Colombian province of Huila and the second-largest facility of its kind in South America, is functioning normally after temporarily restarting over the weekend, plant operator Emgesa said Monday.

“Having completed the first 24 hours of operation, the result is positive, both in technical and environmental terms, and the preventive measures taken by the company to start operations proved to be effective and no unforeseen impacts occurred,” Emgesa said in a statement.

El Quimbo, which generates 5 percent of the electricity consumed in Colombia, had been shut down by a court on the grounds that the failure to remove wood and biomass from the dam before refilling would harm the environment.

President Juan Manuel Santos called on the courts several times to allow the hydroelectric power plant to operate due to the drought caused by the El Niño weather phenomenon, which has lowered river and reservoirs levels.

“No fish kills were registered in the reservoir in Betania (Huila) as a result of the power plant’s operation,” Emgesa, a unit of Italian energy company Enel, said.

Water releases were kept at maximum and permanent flows to “control the oxygen levels of the water” that was retained for several days, “allowing this water to mix with cycled water, reaching oxygen levels above those considered acceptable under Colombian environmental legislation,” Emgesa said.

The Emergency Fish Rescue Program was reactivated and the “presence of odors was not detected” during the first 24 hours, the company said.

A court in Neiva, the capital of Huila, allowed the power plant to be restarted on Sunday in response to an appeal filed by the Santos administration.

El Quimbo, a project that required an investment of more than $1.2 billion, was awarded in March 2008 to Bogota-based Emgesa.