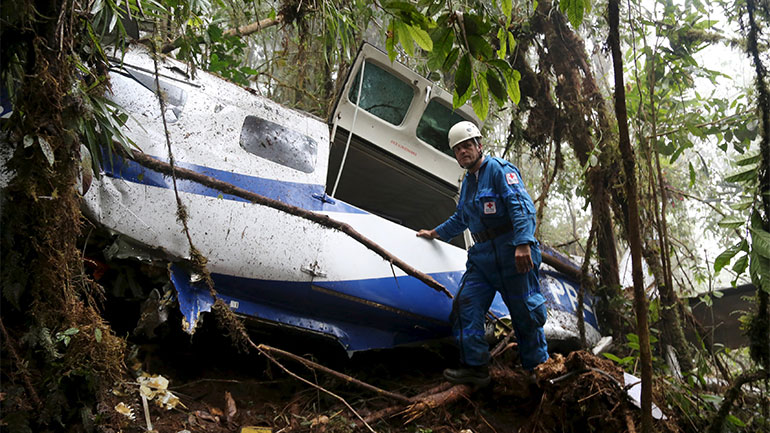 Three people died Wednesday when the small plane they were traveling in crashed in a rural part of Colombia’s southwestern province of Valle del Cauca, Civil Aviation officials said.

“Personnel from Civil Aviation Search and Rescue along with Yumbo Firefighters located the 3 dead occupants of the aircraft,” said Civil Aviation on its Twitter account.

The victims, whose identities were not made public right away, included the pilot, who was Brazilian, and two employees with the Regional Corporation of Valle del Cauca, the institution added.

The Brazilian-registered Cessna 208 was reported missing at 9:44 a.m., shortly after it took off from Alfonso Bonilla Aragon airport in the town of Palmira, which serves Cali, the provincial capital, Civil Aviation officials told EFE.

The aircraft, which was engaged in aerial photography work, went off radar screens while it was flying between the village of Bitaco and the town of La Cumbre in the Yumbo municipality.

The plane belonged to Brazil’s Microsurvey company, which specializes in geophysical consulting work for the mining and natural gas industries and is also active in the field of civil engineering.