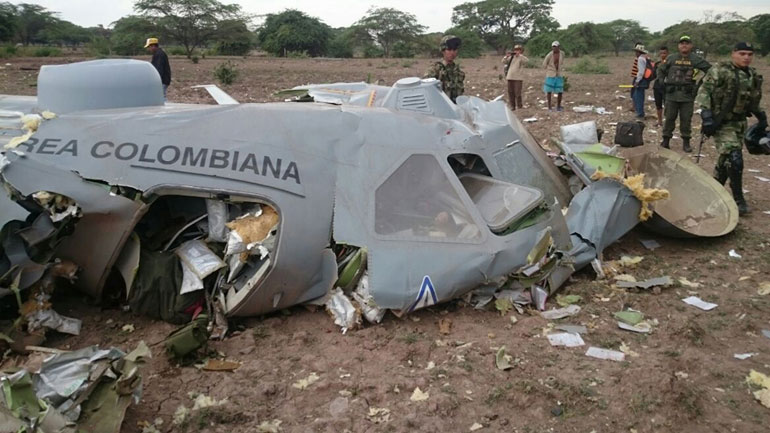 A Colombian military transport plane crashed in the country’s north this morning, killing all 11 personnel aboard.

The twin-engine CASA-235 reported a motor problem before it disappeared and its wreckage was found on a ranch in the province of Cesar, the air force said.

General Carlos Bueno, commander of the air force, said an investigation was underway but offered no clues as to what caused to the motor failure.

Local media said the aircraft was struck by lightning after taking off from the Caribbean port city of Barranquilla.

Among the dead were four air force officers, the highest-ranking of whom was Major Adalberto Lombana.

“My heart is heavy with pain for the loss of these heroes who in fulfillment of their constitutional mandate have now flown much higher to join the heavenly squadron alongside the almighty,” Bueno said.