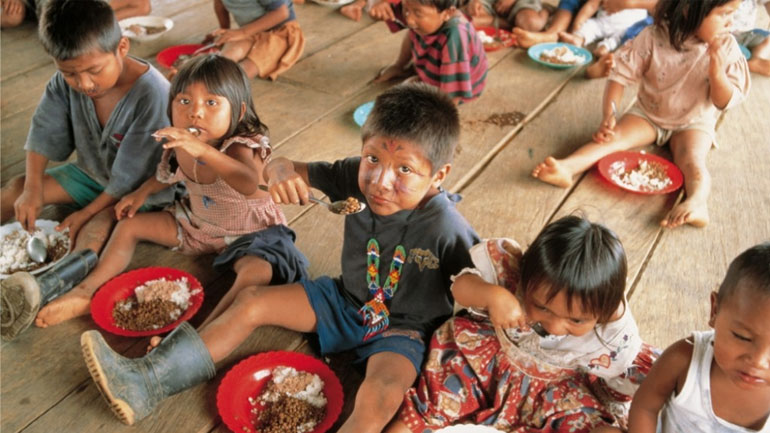 11 children died of starvation in central and east Colombia: Senator

Following reports of starving children in the north and west of Colombia, 11 indigenous children is the east of the country also recently died from starvation, according to a senator.

Senator Maritza Martinez sent a letter to the director of the Colombian Institute of Family Welfare seeking immediate action regarding the grave nutritional crisis in the remote provinces of Vichada and Meta.

“I would ask you to urgently hold a meeting so that in the company of the leaders of these communities we can analyze this serious problem, in order to develop a plan of immediate action to ensure human rights in regard to nutrition,” Martinez wrote.

The senator told to the entity that in the oil-rich municipality of Puerto Gaitan alone, there were two deaths of children belonging to the ethnic group Sikuani.

According to the senator, the situation is particularly delicate in the department of Vichada, where due to chronic malnutrition a total of five deaths have been recorded this year of children belonging to indigenous communities located in the territory the Cumaribo.

The Senator slammed policy makers citing the contradiction as the deaths come from an area of the country noted for its agricultural produce.

“It is a great paradox that while the Orinoco region is considered crop and livestock pantry of Colombia, we have to record the death of 11 indigenous children of starvation. We require a strong and prompt response from the national government to address this serious situation that afflicts children, and adolescents of these communities in the Orinoco region.”

This latest crisis is not a new one as Colombia’s northern and western provinces have suffered similar problems of malnutrition in the recent past, partly because of ongoing drought caused by weather phenomenon “El Niño,” but also because corruption impedes food supplies to reach indigenous communities.

Senator Martinez’s campaign to highlight the plight of these families will put further pressure on the administration of President Juan Manuel Santos to tackle extreme poverty in Colombia.