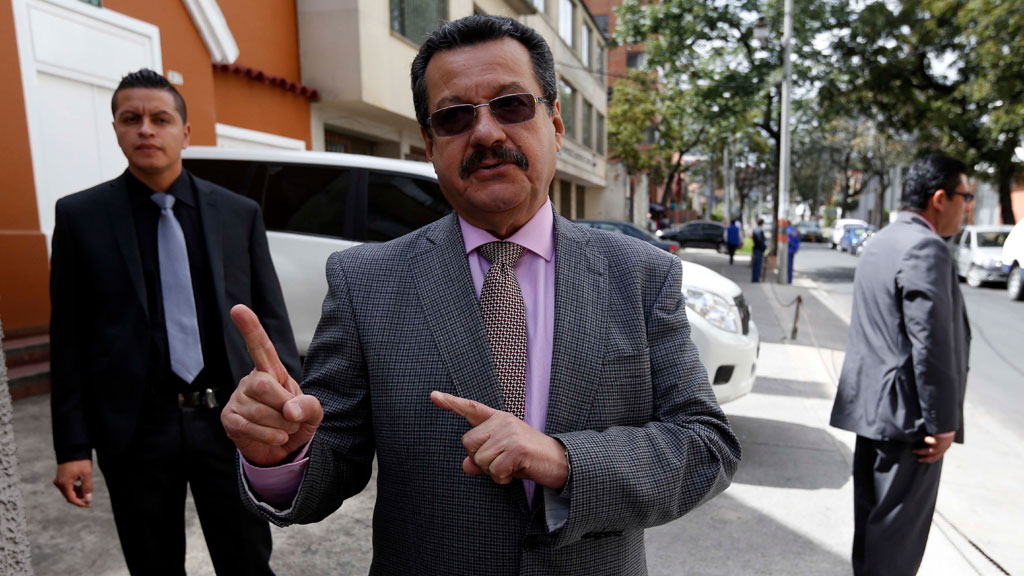 Carlos Lozano, editor of the Communist magazine Voz, and his bodyguards
News

Some 100 Colombian journalists now use body guards to protect their safety while carrying out their responsibilities, according to newspaper El Tiempo.

The use of body guards is a necessity in an environment characterized by consistent threats and violence towards journalists.

For example, in 2015 alone, two journalists have been murdered while another 51 have reported assaults or threats of violence.

The violence is usually directed towards journalists of smaller publications, such as community newspapers and radio shows, presenting a large problem as oftentimes these journalists are the only way these communities have access to the news and are kept informed.

The violence and threats are also generally concentrated in Antioquia, Valle del Cauca, and Cundinamarca, regions in which Colombia’s most populous cities are located.

The Committee to Protect Journalists (CPJ), a non-profit that promotes press freedom worldwide, has tracked the murders of journalists in Colombia since 1992, noting the beat the journalists covered at the time of their death.

According to the CPJ, the majority of journalists murdered in Colombia since 1992 were covering either politics or corruption at the time of their death, indicating the main threats to journalists in Colombia are politicians and their associates and not criminal entities.

Perhaps even more alarming is the lack of justice for murdered journalists and their families.

According to El Tiempo, since 1977, 143 journalists have been murdered in Colombia. Of those 143 murder cases, only three people have been convicted, suggesting the likelihood of bringing the murderers to justice is very low.