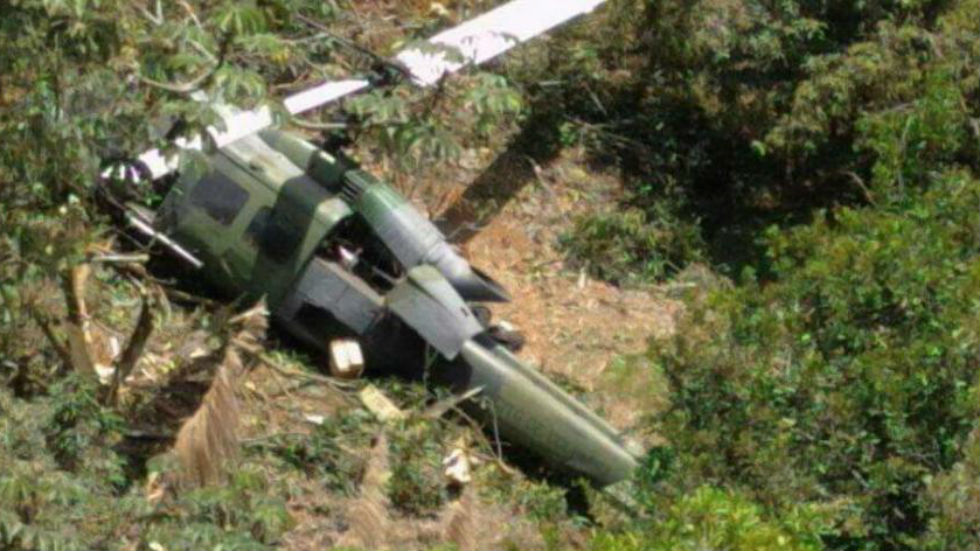 Colombia’s national army has confirmed that there were 10 people killed on Tuesday when a military helicopter crashed in the province of Antioquia.

The MI-17 helicopter came down in the village of Cuturu in the rural municipality of Segovia at 9.40 am costing the lives of ten passengers on board, including two civilians, according to the Air Assault Division of the National Army.

An investigation has been launched and troops from the army have been brought to the scene in an attempt to establish how the fatal incident occurred.

“At the moment, troops from the Seventh Division and an Accident Investigation Group of the Air Assault Aviation Division are arriving at the place where the incident occurred,” said General Juan Carlos Ramirez, commander of the Fourth Brigade of the army to local media.

“The occupants were part of the fuel maintenance team of the Army Aviation that were conducting inspections of the tanking points located in this area of ​​the country to guarantee operations in the region,” confirmed the General.

The general also said that weather conditions were complicated for the aircraft that was carrying out the mission on the Caucasi-Segovia route.

Defense Minister Luis Carlos Villegas confirmed that “investigations are initiated to determine the cause.”

Colombia’s President Juan Manuel Santos took to Twitter to express his sympathy for the victims. “I accompany the relatives of the victims with my heart. All my solidarity,” said the head of state.

In June 2016, 17 soldiers were killed in a military helicopter accident in central Colombia attributed to bad weather.