Colombia’s recently inaugurated Senate will bring a new dynamic to national politics, though not necessary a new face to its politicians.

The arrival of former President Alvaro Uribe and his Democratic Center (Centro Democratico) party on the scene means a new right-wing opposition set to join the changed face of the leftist opposition, which now includes figures like Claudia Lopez and Ivan Cepeda.

Despite these developments, the shadow of corruption still looms large over Congress, after over 10% of the previous Congress was dismissed on charges including vote buying, nepotism, and links to illegal armed groups. Indeed, in this Senate, a number of politicians have direct family ties to members convicted on related charges.

Of the 102 senators now starting their terms, 10 “inherited” votes, political structures, and support from jailed family members. In the vast majority of cases, the individuals in question were jailed for so-called parapolitics, political coordination with paramilitary death squads. 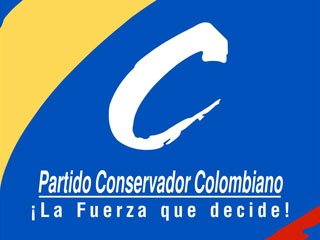 By way of explaining party senators voted into office despite jailed family members, Conservative Party (Partido Conservador) President Omar Yepes said that there are no such thing as “blood crimes.”

The Conservative Party, one of Colombia’s traditional power, has a total of three senators who “inherited” votes of jailed family members.

A young senator from Cartagena, Nadia Georgette Blel inherited the votes and support of her father, Vicente Blel.

Her father, who allegedly met with the FARC and ELN rebel groups and AUC paramilitary umbrella with support from then-President Andres Pastrana (1998-2002), was jailed for seven years for ties with “Jorge 40,” a now extradited paramilitary leader responsible for the death of hundreds in northern Colombia.

Nadia Georgette Blel originally attempted to run on the Radical Change (Cambio Radical) platform, but was turned down by party President Carlos Fernando Galan, who was attempting to change the image of his party after various members were involved in the parapolitics scandals of the late 2000s.

According to Semana, Nadia’s past gives no indication that she has had anything to do with her father’s crimes.

Yamina Pestana is the sister of a local indigenous leader, Pedro Pestana, jailed for paramilitary connections. Pedro Pestana was sent to prison for six years because of ties to the “Heroes de Montes de Maria” bloc of the AUC, and released in a controversial decision, though he claims to have served time in a sort of autonomous “jail” the indigenous reserve has on its land, according to national newspaper El Tiempo.

As a relative of a “cacique,” or local strongman, Yamina’s support is concentrated in areas where there are many members of the Zenu tribe, especially in the municipalities of Tuchin and San Andres de Sotavento in the northern Cordoba state, where she received 45% of the total vote in the 2014 Congressional elections, and in the western parts of the Sucre departments, where she garnered over 20% of the vote, according to official electoral data from the National Registrar’s office.

Olga Suarez is a Senator from the municipality of Bello, a suburb of Medellin in the Antioquia department. Her brother, Oscar Suarez, was jailed for using connections to paramilitaries to gain political support. Oscar was investigated after he won a position in Congress with 81% of Bello voting for him, amidst accusations of voter intimidation on the part of paramilitary groups.

Olga Suarez is also currently under investigation for ties to illegal armed groups according to Bogota-based Radio Santa Fe. The investigation began after accusations from the ex-narco Juan Carlos ‘El Tuso’ Sierra, that uncovered the depth of parapolitics in the department of Antioquia. 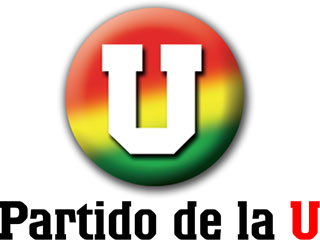 Formed primarily from traditional party crossovers, President Juan Manuel Santos’s U Party drew criticism throughout recent presidential and congressional elections for its use of so-called “mermelada” politics — using public funds to garner political support — to gain votes. More serious accusations even included widespread vote-buying, though evidence has not been presented to the relevant authorities.

The U Party, however, did have more congressmen removed from office in the last congressional term. Three of its 22 total Senators “inherited” the votes of convicted family members.

The son of Juan Jose Garcia and Piedad Zuccardi de Garcia, both former members of Congress, Andres Felipe is a young senator from Cartagena.

The corruption in his family runs deep.

Juan Jose Garcia was banned from office for illegal contracting and diverting congressional assistance, losing his Senate seat as a result. His wife, Piedad Zuccardi then ran for Senate and won, only to be arrested for ties to paramilitary groups. After the investigation began, she sought asylum in several Central American countries, where she was denied and forced to face trial in Colombia.

Andres Felipe’s brother, meanwhile, is married to the daughter of Jose Rafael Abello, one of the first members of the Medellin Cartel to be extradited to the United States, according to La Silla Vacia.

Sandra Elena Villadiego, from Cienaga, Cordoba, won a Senate seat with the support of her husband, Miguel Angel Rangel, currently imprisoned for seven-and-a-half years for connections to paramilitary groups. Angel Rangel was also forced to pay a fine of $185,000 for his actions.

Angel Rangel, it should be noted, was a political ally of the Garcia family of Cartagena, to which Andres Felipe (above) belongs.

Gnecco Zuleta, from the city of Valledupar, the capital of the northern state of Cesar, also has plenty of questionable family ties. His father and former state Governor Lucas Gnecco is currently under house arrest for offering ‘gifts’ in exchange for votes, and contracting irregularities that cost the state of Cesar at least $5 million, according to the Bogota-based Caracol Radio.

Lucas’ cousin, former La Guajira Governor Juan Francisco “Kiko” Gomez, is currently jailed and under investigation for collusion with neo-paramilitary groups in the state and for ordering killings from the governor’s office. 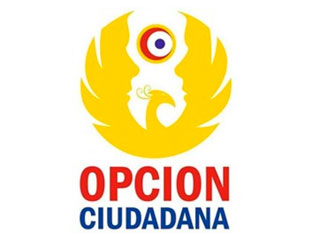 Perhaps the party most saturated with accusations of paramilitary ties and corruption per capita, the party formerly known as Citizen’s Convergence (Convergencia Ciudadana), and then the National Integration Party (Partido de Integracion Nacional), has since taken on the name Citizens’ Option.

Much of the party’s core is made up of family members of politicians imprisoned for paramilitary ties, or individuals under investigation themselves for ties to such groups. Three of the five Citizens’ Option senators inherited positions from convicted family members.

Doris Clemencia Vega, from the capital of the northeastern state of Santander, Bucaramanga, is the wife of convicted ex-Senator and ex M-19 guerrilla Luis Alberto Gil, the founder of the original Citizens’ Option movement.

Gil was released from prison after serving less than half of his seven-and-a-half year prison sentence, but is banned from holding public office for 20 years, per a ruling emitted by the Inspector General’s Office.

His father, Hugo Aguilar, is a retired National Police colonel who headed the division that brought down Pablo Escobar — accused of collaborating with paramilitary forces in the hunt for the Medellin Cartel kingpin — before serving as the ex-Governor of Santander. Later, Aguilar was convicted of parapolitics and banned from public office for 20 years by Inspector General Alejandro Ordoñez.

MORE: Cop-turned-governor who hunted down Pablo Escobar sent to jail

The Aguilar family runs an extensive political machine in Santander, where a large amount of people swear by the innocence of Hugo Aguilar, according to La Silla Vacia.

The inspector general, however, found Aguilar guilty of connections to AUC paramilitaries in the town of Puerto Boyaca. One of Aguilar’s was also convicted of being on the payroll of a paramilitary commander. Nerthink’s brother, Richard Alfonso Aguilar, is the current governor of Santander.

Teresita Garcia Romero, from the northern state of Sucre and the same Garcia family mentioned multiple times previously, is the sister of Alvaro Garcia Romero.

As mentioned previously, Alvaro Garcia was condemned to 40 years in prison for his ties to paramilitary groups. Garcia also acted as a go-between for farmers who sought support from paramilitary groups in regions where state authorities were absent.

Her other brother, Juan Jose Garcia, was banned from office for illegal contracts, and diverting congressional assistance, eventually losing his Senate seat over the changes. Her sister-in-law, Piedad Zuccardi, is currently imprisoned for connections to paramilitary groups, as well. 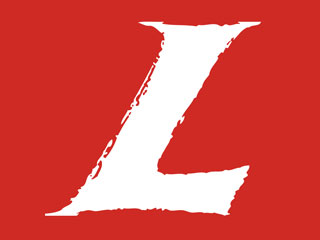 Along with the Conservative Party, the Liberal Party is by far the oldest political party in Colombia, dating back to the 1850s.

Although the political landscape has since diversified, the two parties still maintain much of their political clout in areas where they have been traditionally strong. One of the Liberal Party’s 17 Senators “inherited” votes from a convicted family member.

Arleth Patricia Casado, also from Cordoba, is the husband of Juan Manuel Lopez. Lopez was was one of the signatories of the Ralito Pact, a deal between regional businessmen, paramilitaries, and politicians to collaborate and defend each other’s interests.

Lopez was imprisoned for six years because of his involvement in the ring.