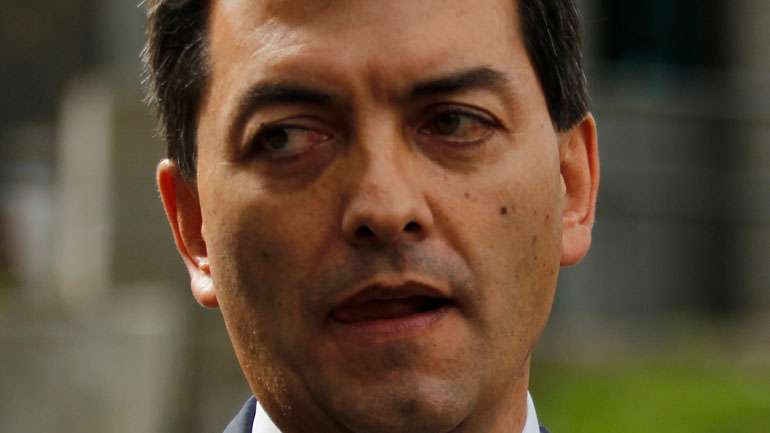 The Prosecutor General’s Office announced this after Luis Alfonso Hoyos failed to appear at his indictment hearing on Wednesday.

Zuluaga’s former campaign manager is one of the main suspects in a major scandal involving the illegal spying on ongoing peace talks with FARC rebels.

Hoyos was caught on video trying to distribute classified information on the talks to a national television network allegedly to help the conservative opposition candidate’s prospects in the 2014 elections.

The former diplomat has been failing to attend court hearings since January after he allegedly fled the country.

According to his defense attorney, Hoyos was willing to participate in Wednesday’s indictment hearing, but through Skype.

The judge denied this and suspended court hearings until the prosecution has exhausted possibilities to make sure Hoyos attends the trial.

The prosecution subsequently accused the attorney of continuously and purposely trying to stall the case and said it would ask a judge to sign off on an international arrest warrant.

“The shunting of the attorney is a concern for the prosecution as every week he is filing charges against prosecution officials. These are maneuvers to delay the process,” the Prosecutor General’s Office said in a press release.

Since leaving office in 2010, a number of Uribe allies have been imprisoned over a wide range of crimes including embezzlement, spying on political opponents and the Supreme Court, and the bribing of congressmen.

According to Uribe, himself investigated by Congress over his alleged role in wiretapping the Supreme Court, his allies and former aides have been the victim of a political persecution.