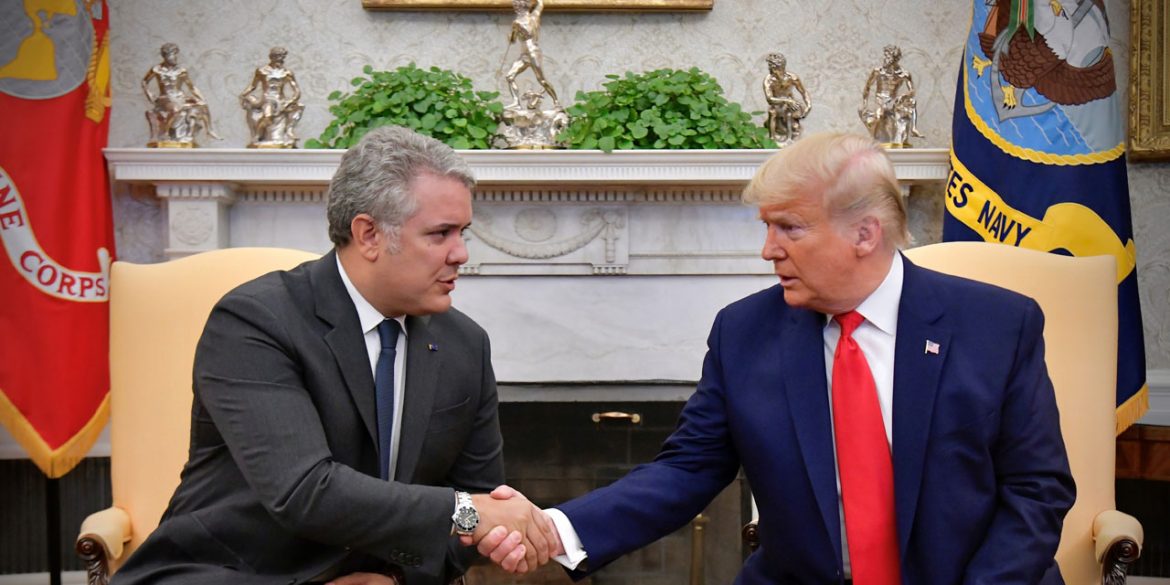 US President Donald Trump told his Colombian counterpart Ivan Duque that “you’re going to have to spray” coca, the base ingredient for cocaine, ahead of a meeting in the White House.

In an unannounced meeting, Trump put Duque in a difficult position; the Colombian government can’t resume aerial spraying unless it implements a crop substitution program.

Former coca farmers have been protesting because, according to them, Duque is not implementing this element of a 2016 peace deal with demobilized FARC guerrillas.

To complicate the situation even further, the Colombian government has ended the deal with United Nations Office on Drugs and Crime, which is no longer able to verify government’s compliance.

Neither Washington DC nor Bogota have wanted to invest in the crop substitution program, but have insisted in forced eradication and aerial spraying that are widely considered ineffective.

Trump apparently found out that, as predicted, the bilateral counternarcotics strategy isn’t working and called Duque to the White House unannounced.

Well, you’re gonna have to spray. If you don’t spray you’re not gonna get rid of them so you have to spray with regards to the drugs in Colombia.

Duque evasively responded that “we have to work on all the elements and we have to be very strong against that crime.”

Both governments have been warned their strategy is futile by the UNODC, counternarcotics experts, the United States’ Government Accountability Office and participants in the crop substitution program.

Notwithstanding, neither Duque nor Trump have shown any interest in investing in the crop substitution program that would allow the resumption of aerial spraying.

Instead, US Defense Secretary Mark Esper and his Colombian counterpart Carlos Holmes Trujillo agreed to step up manual eradication to 130,000 hectares this year.

In the history of drug trafficking, Colombia’s authorities haven’t been able to eradicate more than 97,000 hectares per year.