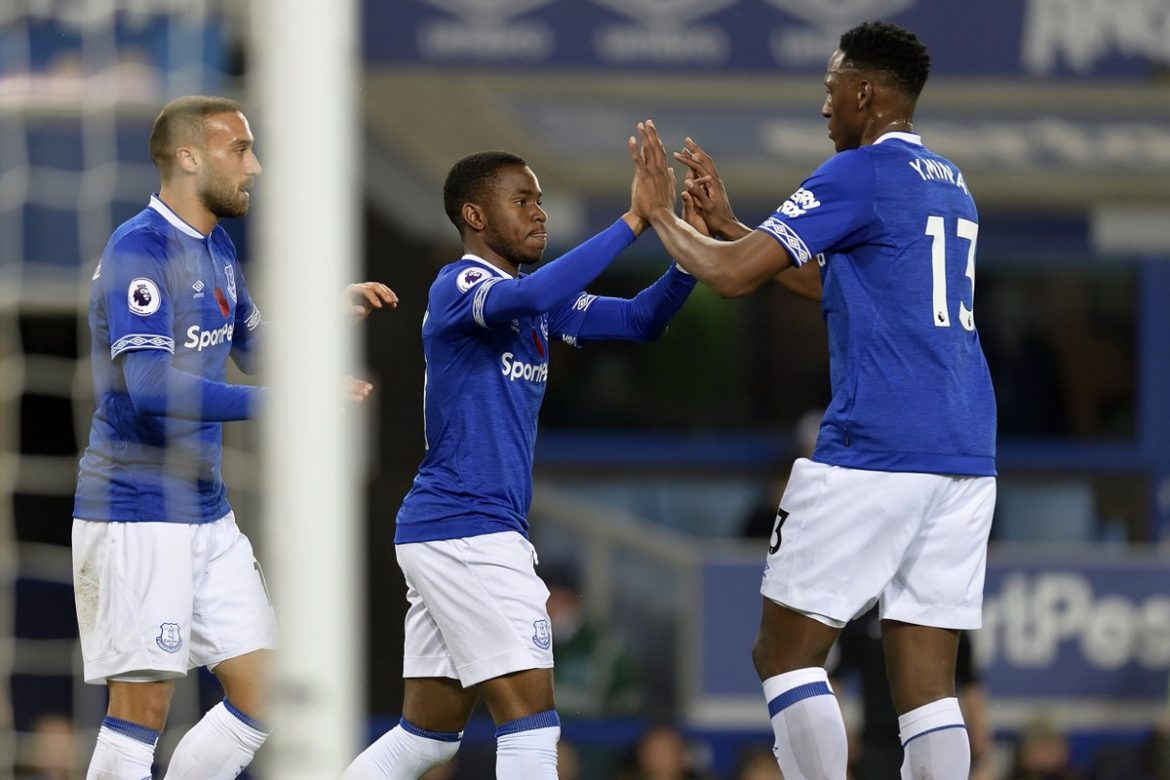 Colombian World Cup hero Yerry Mina is finally set to make his first ever Premier League start this Sunday, as Everton travel to Stamford Bridge to take on Chelsea. The towering centre-half made his initial debut for the Toffees on Saturday in a 3-1 home win against Brighton & Hove Albion, albeit just for a five-minute cameo to close out the match.

The Guachené native arrived at Goodison Park during the summer in a £27 million deal from Barcelona, where he had failed to nail down a place in the starting 11. Mina was expected to make an immediate impact upon arrival at Everton, as last season’s centre-back singing, Michael Keane, had struggled in his debut season and there were age-related doubts (on opposite ends of the scale) surrounding Phil Jagielka and Mason Holgate. However, Mina was suffering from a lingering World Cup injury, followed by another setback, ruling him out until a few weeks ago, by which time Keane had rediscovered his form, forming a solid partnership with Kurt Zouma for Everton.

Zouma, however, is currently on loan from Chelsea, making him ineligible to play this weekend and thus giving Mina his chance to stake a claim in the back four, or even possibly in a future back three with both Keane and Zouma, as Silva alluded to during the week. The 195cm Colombian admitted to having felt frustrated at times over the last month, but thanked his family and teammates for their support and said he was feeling “nervous, but in a good way” leading up to Sunday’s clash.

? YM: "I'm really excited about the chance of playing this weekend. I'm glad to be in this moment. I'm in great shape, 100% fit, and ready to help the team." #EFChttps://t.co/rqWGqDmctm

The blue side of West London has been anything but a happy hunting ground for Everton in recent history, with their last league win at the Bridge coming just under 24 years ago, in the third ever Premier League season.

While Everton have played some attractive and dangerous football so far this season, Chelsea are firm favourites this weekend, unbeaten in all competitions so far this season. Everton’s top scorer, Brazilian forward Richarlison, is also under an injury cloud and doubtful for the match, after rolling his ankle during his dominant two-goal performance against Brighton on the weekend. Everton currently sit in 9th on the league table, just two points below Manchester United, while Chelsea are second, two points off league leaders Manchester City. Kick-off for the match is set for 9.15am Colombian time on Sunday.