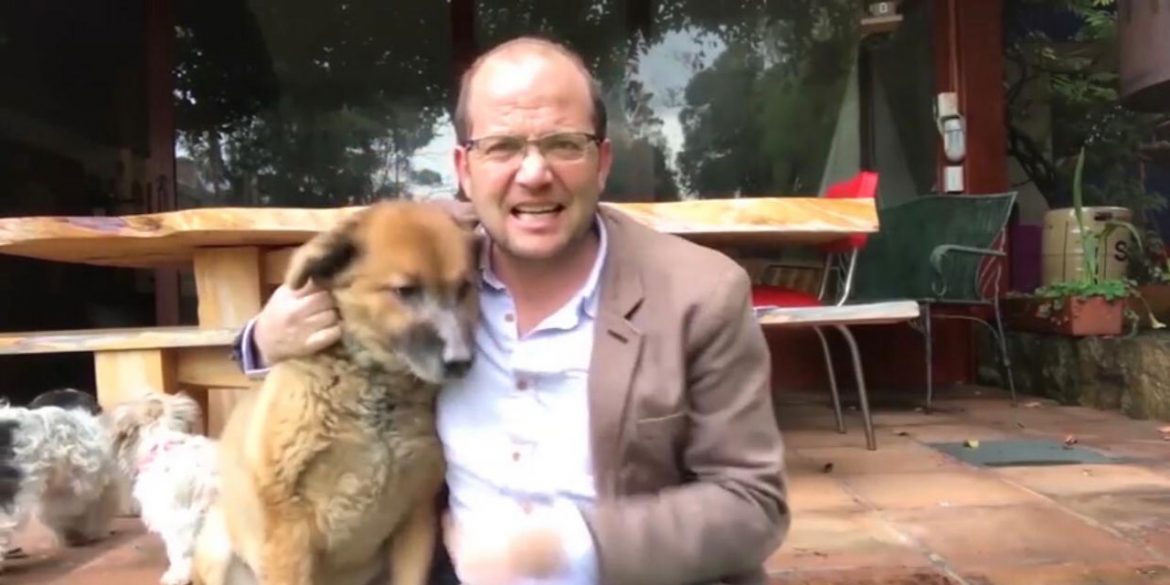 Work from home, you bums

For a neurotic soul like myself, staying at home is a real blessing.

That is why I have enjoyed this confinement as if it were the golden dream I always wanted: no more having to go out at night for a meal; no more having to attend a friend’s birthday party: watching Dr. Fernanda’s reports on Caracol TV and staying awake for the “1, 2, 3’s” of CM& News. I declare myself fulfilled and calm, I would almost say happy.

The only difficult situation is work-related. This famous working from home that, to tell you the truth, fits me like Duque’s new jacket, too big.

I know that in Colombia confinement is a privilege; that those who really suffer from the pandemic are the street vendors, the children who hustle, and so many people who are losing their jobs these days: dentists, waiters. Magazine columnists.

They lose their jobs, but at least they don’t have to test their patience with those strange meetings taking place through this application called Zoom in which the screen is divided into multiple little screens while you watch, or spy on, different co-workers, each one in their respective and curious home environment.

Without failing, several of them would complain they have lost their sound or that their screen has frozen. Meanwhile, the meeting is delayed and unnecessarily long, and one believes that every meeting through Zoom may as well have been done using chat. All of it. Without exception.

It is time to recognize that I have never bathed to attend virtual meetings; that from the waist down I am usually in pyjama pants. And if the world has changed forever it is because from now on we will work in sweatpants, without leaving the house, while we watch how wild boars and their offspring roam the deserted city from our windows.

We will never again know what it meant to start the working day clean. And even less our congressmen, who never knew and who, to date, are part of the only branch of government that, unlike the coronavirus, is inactive.

When you look at the president you notice he doesn’t only work with his own people, but wears a brand new jacket and uses a glass with his name on it, as if this era were also his return to kindergarten.

But, nevertheless, Duque uses the crisis to reinvent himself: he now has a TV show with William Vinasco., the man who usually warns his people not to wait for him at his house, which is especially paradoxical in times of confinement.

When you look at the magistrates of the judicial branch all are engaged in long telecommuting sessions — albeit some in boxers from the gown down — using a hammer emoticon to impose tele-sentences, and order arrests with the help of Telesentinel.

You see how the members of each court fear there is an issue with the internet that could slow down the processes. The connection processes, I mean, not the judicial ones. Although since the Toga Cartel it has been clear that the judges are well connected.

The case of the congressmen, however, is different. They simply do not deign to start sessions, and by sessions I mean both legislative and Windows sessions.

They resisted transforming themselves to a digital format and to organize each caucus into Whatsapp groups, because in the end not all of them work like the Democratic Center where the kindly grandfather climbs a hill at his Uberrimo estate from where he can get a connection, and at his will removes and adds people from his band, his broadband.

In other parties, however, things are different:

“I already opened it,” said Char.

“These damn groups!” he complained, used to his bad luck in all kinds of digital matters.

I dreamed of seeing the congressmen who were well adjusted to new technologies in order to fulfill their working hours. I wanted to shout at them, like Gabriela Tafur, “Work from home, you bums!” through a Whatsapp voice message.

I would go online to watch how congressmen take tele-naps, divide tele-slices using bitcoin, turn off the Wifi when they are summoned to vote while the government coalition bench obeys their tele-boss as if they were Teletubbies.

They would use the neighbors’ wifi connection and charge travel expenses every time they opened Google Earth. The conservative bench, old-fashioned as always, would cite meetings by Skype and not by Zoom. And Ernesto Macias would again leave the microphone open.

And meanwhile, free of humans, the actual chamber of the Capitol would be filled with animals returning from their hide-outs; monkeys, elephants, rats with their young. Foxes. Wolves. Lizards. They would all wander around the seats, and some would make nests in them to repopulate the land.

Congress President Lidio García, however, has not able to call tele-votes and, belatedly, is now calling for some reduced meetings to which congressmen at high risk of contagion; hypertensive representatives, senators whose hair fell our before they did, will not attend. And perhaps some members of the FARC and paramilitary heirs, despite the fact that both have advanced knowledge of the world of “protection.”

Almost a month after the obligatory date, Congress finally deigns to work. Garcia is a disgrace and clearly not wearing the pants. If he were to call in on Zoom, we’d see he’s wearing pajamas.

Author Daniel Samper is a journalist, satirical columnist on “Los Danieles” and YouTuber.