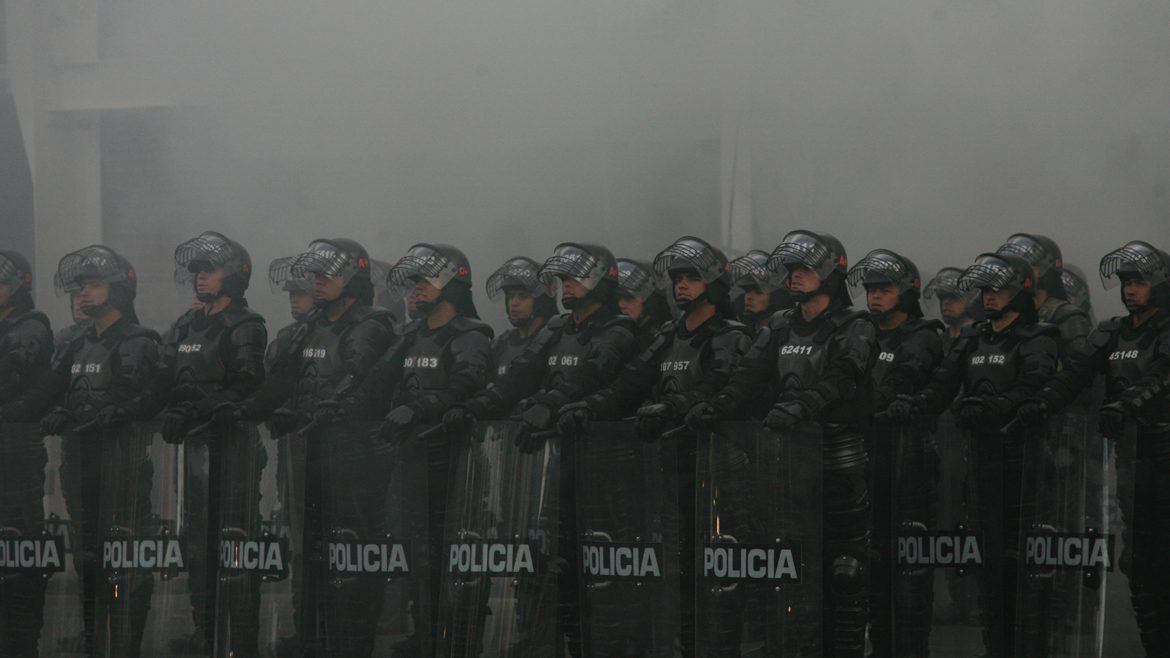 Riot police unit ESMAD attacked the protesters to clear an avenue that was blocked by indigenous who have been squatting in the nearby National Park since October.

The deputy commander of the Bogota Police Department, Colonel Herbert Benavides, said the police attacked the indigenous because they “stopped, threatened and intimidated” cars and “were also asking for money.”

The indigenous responded to the attacks by throwing rocks at the police.

According to the police, six buses, three cars and one ambulance were “vandalized” during the clashes.

The violence comes seven months after hundreds of families belonging to the Embera nation settled in the National Park to demand attention from the government. 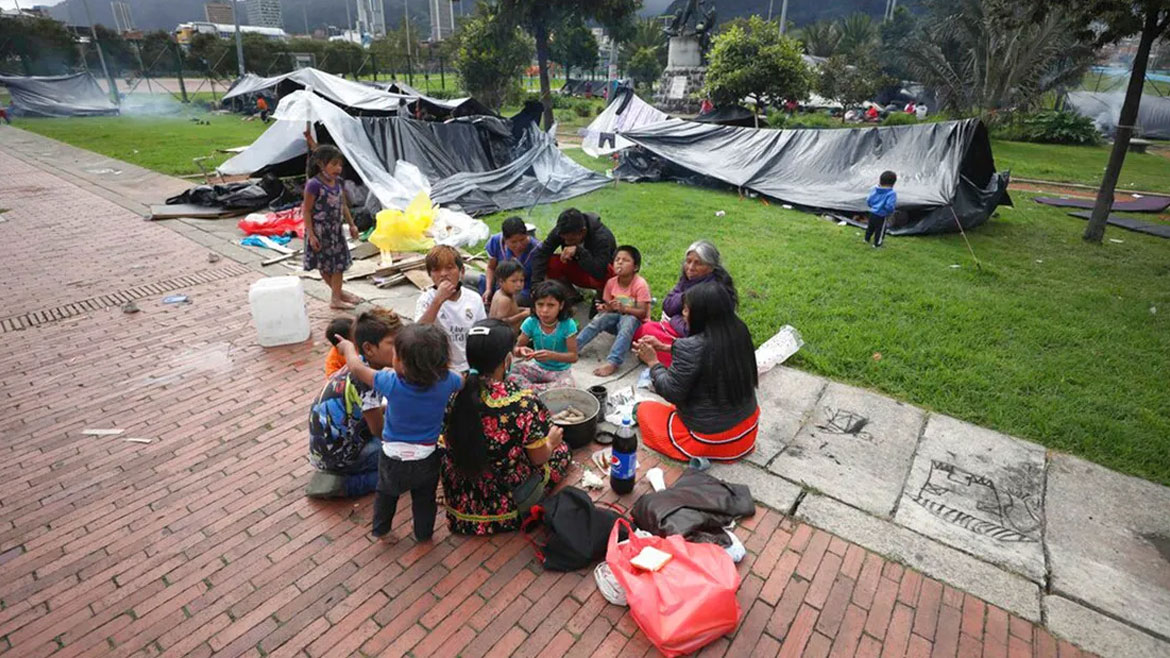 The majority of the families came to Bogota after they were forcibly displaced from their lands in west Colombia.

According to Bogota’s city hall, the national government ought to facilitate the safe return of the indigenous to their territories in the provinces of Risaralda and Choco.

The administration of President Ivan Duque has failed to do so.

The ONIC has regularly blamed Duque for the precarious situation of indigenous peoples for the government’s failure to implement peace policies or protect ethnic minorities from violence.