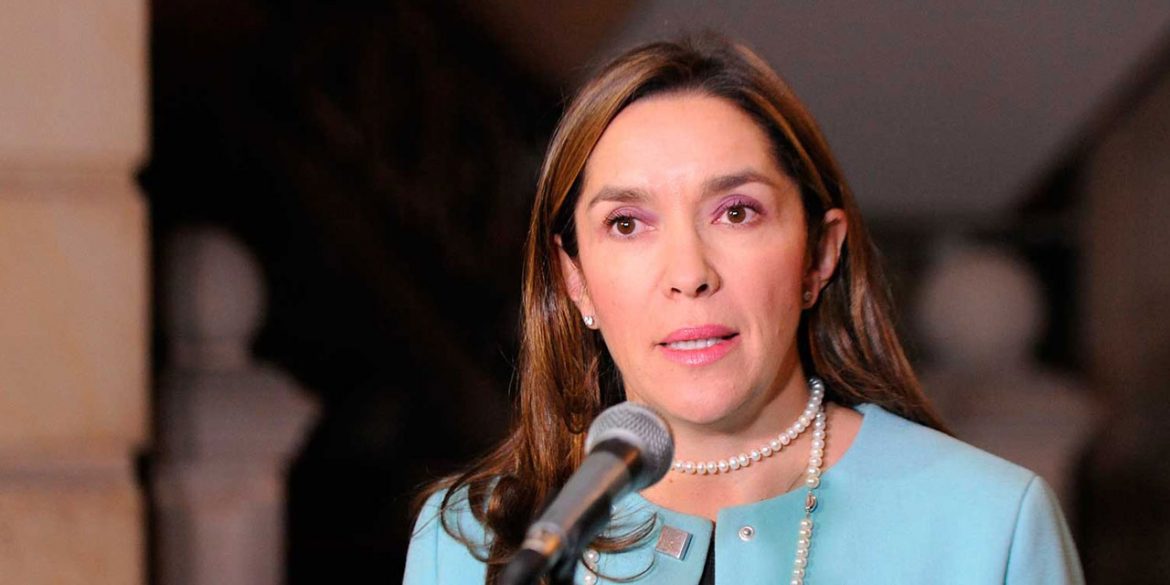 Without fracking, Colombia’s currency will plummet: oil and mining minister

Colombia’s oil and mining minister warned on Wednesday that the value of the peso would plummet if the country doesn’t begin fracking before its oil fields deplete.

Oil and Mining Minister Maria Fernanda Suarez turned to local media after the State Council announced it would uphold its ban on the controversial method to extract oil and gas.

The minister reiterated warnings that the country’s oil reserves are expected to deplete within six years, which would have severe consequences for the economy.

Consequently, “the energy security of the Colombian people is at risk,” according to the minister.

Additionally, “about 500,000 barrels are exported and bring in dollars,” Suarez said, who warned about the economic consequences of the disappearance of this export sector.

The minister omitted to mention the ongoing initiatives by state-run oil company Ecopetrol to seek oil fields in the Caribbean Sea and abroad in an attempt to maintain its oil production.

The World Bank and the International Monetary Fund last year urged the government to diversify the economy and become less oil dependent in anticipation of the depletion of oil reserves.

But the country’s efforts to use its oil export revenue to develop the national economy, improve the country’s competitiveness and create alternative revenue generators have been hampered by rampant corruption.

Both President Ivan Duque and his predecessor Juan Manuel Santos have increased investment in education in an attempt to boost the competitiveness of the labor force, but without the desired results.

Duque, who took office a year ago, is trying to stimulate the service sector, but growing unemployment rates indicate that this effort is not compensating job losses in for example manufacturing and agriculture.

This puts the government in a fix as it is running out of time. The development of the export sectors that will eventually replace oil, which in 2018 made up almost half of the country’s exports, is likely to take a lot longer than six years.

While campaigning, Duque vowed he would not turn to fracking, but changed his mind as soon as he took office and was forced to face reality.