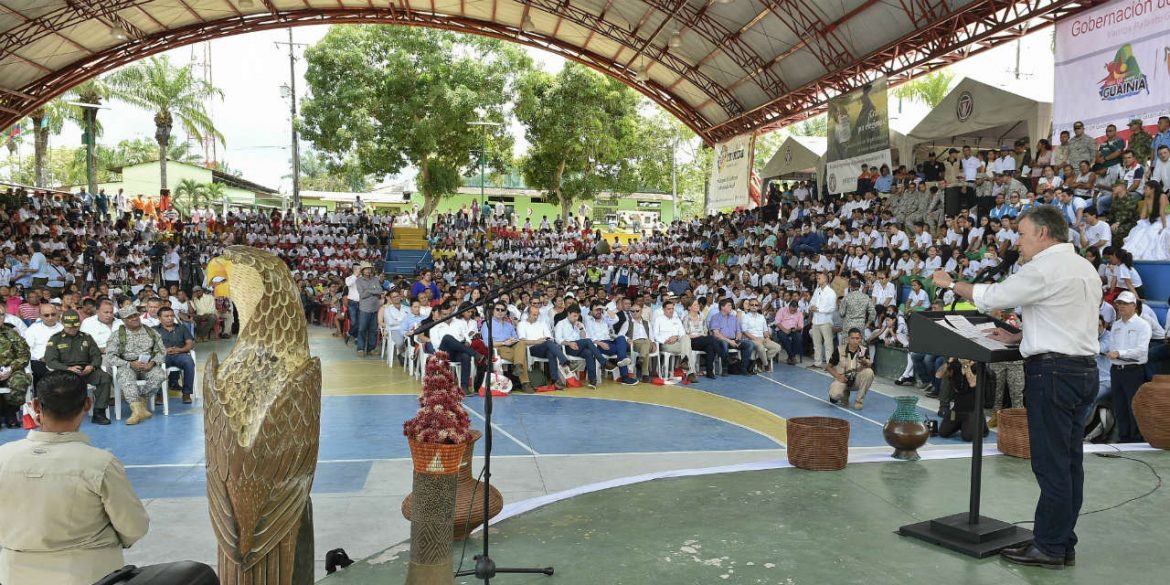 With international help, Colombia is slowly clearing its landmines

Colombia has declared 225 municipalities free of landmines. Years of dangerous demining efforts still lie ahead to make sure all 673 affected municipalities are safe.

President Juan Manuel Santos made the announcement during a visit to the Guainia province, which borders both Brazil and Venezuela in the east of the country.

The government plans to rid the country of all mines by 2021. This is a daunting task, considering that almost two-thirds of the country’s municipalities have been flagged for the possible presence of landmines.

Speaking in Guainia’s capital, Inirida, on International Mine Awareness Day, Santos stressed that Colombia had the second highest number of landmine victims after war-torn Afghanistan when he took office in 2010.

But he said his government had turned things around and a peace agreement that saw the demobilization of the country’s largest guerrilla group, the FARC, had reduced the number of casualties.

“Today, we can say that instead of being the second country with the highest number of victims, we are 10th. We still have victims, 22, but it is not the number we had when this government began,” he added.

Santos, who was accompanied by European ambassadors, also said at the event that in the last two years, 3.8 million square meters of land had been cleared of the explosives.

The president went on to announce the creation of a second brigade of deminers, equipped with the latest technology, in a bid to rid the country of all mines before the year 2021.

Colombia has more land mines than any other South American nation. More than 11,500 civilians and soldiers have been either maimed or killed by them.

The bombs were mainly used by leftist guerrillas during the conflict in an attempt to slow down military offensives. Drug trafficking groups, however, have also been accused of using the illegal explosives to protect the land where coca, the base ingredient for cocaine, is grown.