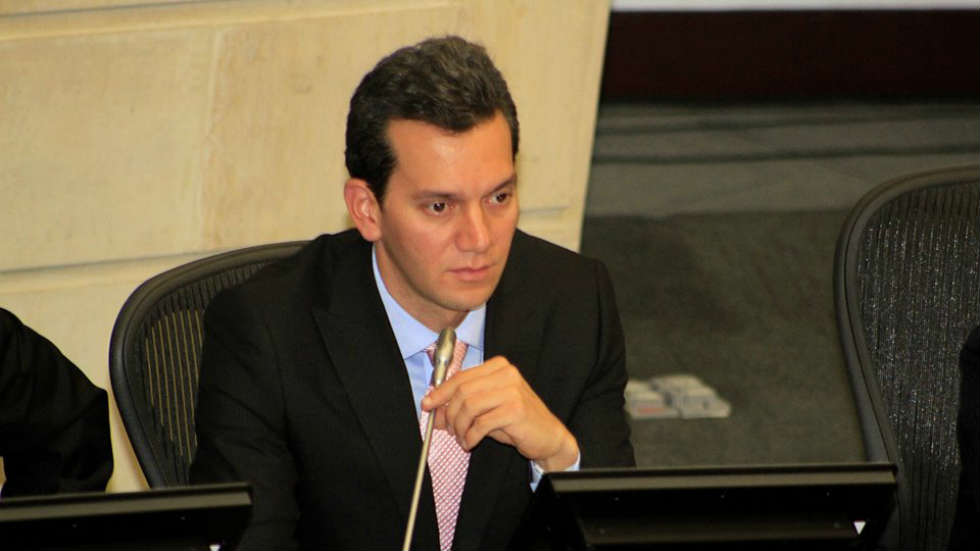 Colombia’s hard-right opposition was embarrassed on Wednesday after the wife of a senator threatened to get off an airplane for falsely believing a fellow passenger was a demobilized guerrilla.

Opposition Senator Alfredo Ramos (Democratic Center), whose father is accused of having ties to paramilitary death squads, was forced to publish his wife’s apology after uproar over the false accusation.

Ramos said on Twitter that his wife acted in good faith when falsely accusing a man on board an airplane of being a demobilized FARC guerrilla.

Juliana Hernandez, who deleted her Twitter account after the incident, had used the social media service to publicly complain about airliner Avianca for not allowing her off the plane.

I did not want to board the same plane on which a FARC guerrilla was traveling. Avianca tells me this is discrimination, they won’t even let me get off.

Hernandez, the daughter of the late senator and newspaper tycoon Jorge Hernandez, on Tuesday published a photo of a man wearing a Cuban baseball cap, claiming the fellow passenger was a FARC guerrilla.

Hernandez initially told newspaper El Espectador she published the accusation in an attempt to reject “people who have not paid for crimes against humanity.”

The senator’s wife was immediately accused of elitism and hysteria by other Twitter users.

After an architect responded that the person in the photo was his father, “a pensioner who has worked more than 20 years teaching in Bogota,” Hernandez deleted her Twitter account and offered a public apology using her husband’s account.

The son subsequently called on other Twitter users to refrain from using “threats and bullying” in rejection of the behavior of the senator’s wife.

The senior politician has admitted to have been present in a meeting with paramilitary leaders that has already merited the imprisonment of other politicians.

The Ramos family and the Democratic Center party have fiercely opposed a peace deal with the FARC that includes a transitional justice system seeking to clarify war crimes committed by the demobilized guerrillas and (former) state officials.