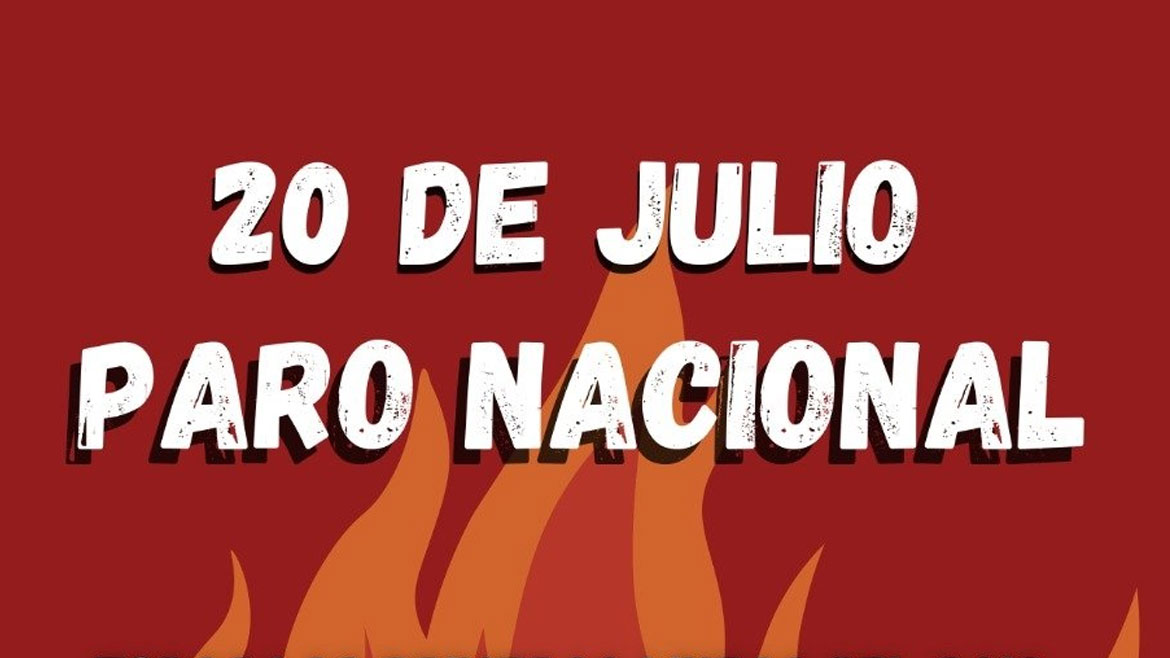 Why many in Colombia embark on new strike

The latest strike was called by the National Strike Committee more than 80 days after it’s initial April 28 strike sparked protests throughout Colombia that have continued in the cities.

The initial protests successfully sunk a controversial tax reform, but failed to force the far-right government of President Ivan Duque to negotiate demands on economic policies in response to the coronavirus pandemic.

The National Strike Committee has given up on the increasingly tyrannical government and is now trying to pressure Congress, which begins a new legislative year on Tuesday,

Duque isolated as many in Colombia go on strike again

Many lawmakers would like to be reelected in March next year and wouldn’t want to see their public approval tank like that of Duque who became Colombia’s least popular president in history.

The strike leaders wants Congress to pass legislation that would grant a temporary minimum basic income to curb poverty that has skyrocketed during the pandemic.

The National Strike Committee also wants Congress to force the government to implement a 2016 peace deal and recommendations issued by the Inter-American Commission on Human Rights on how to comply to international human rights standards.

The National Strike Committee isn’t the only organization that announced mobilizations for Tuesday.

The Organization of Colombia’s Indigenous Peoples (ONIC) also called for renewed protests to demand government compliance with previously made agreements on autonomy and peace building.

Young Colombians who have joined so-called Frontline groups to protect other protesters from the police also announced new protests to demand an end to police brutality that killed at least 25 protesters during the protests.

These Frontline groups are not associated with the National Strike Committee, but surged as young people were fed up with the historical oppression of youth.

These young people have refused to call off protests and have set up permanent “resistance” camps near universities in Colombia’s largest cities.

Feminist organizations are also expected to join the protests to reiterate their call to an end to sexual violence, specifically by the police.

Defense Minister Diego Molano and the chief of police, General Jorge Luis Vargas, have actively tried to dissuade participation in the protests, claiming they would be infiltrated by ELN guerrillas.

Mass media loyal to the government have replicated these unfounded claims while not informing on the different organizations’ motives to take to the streets.