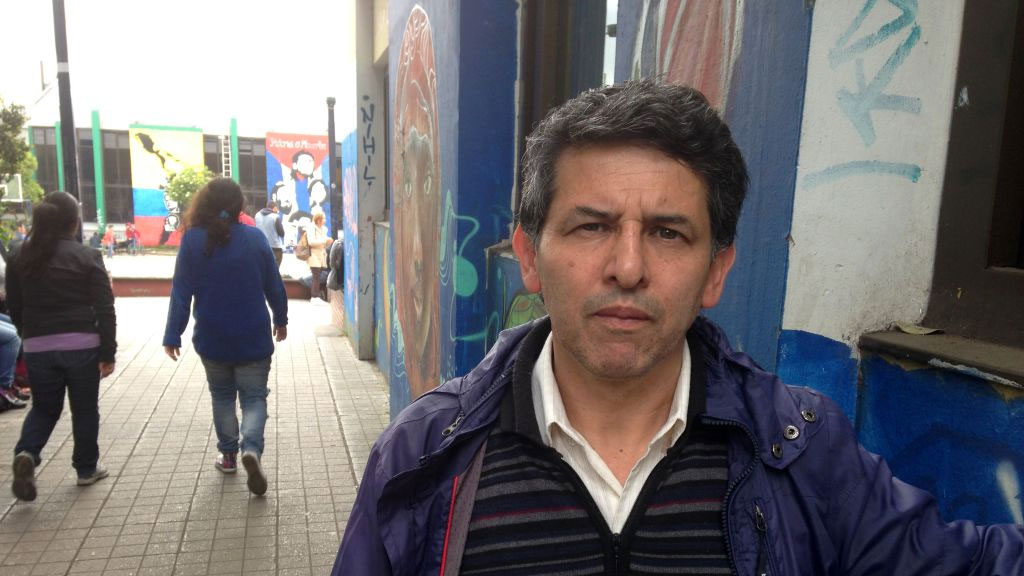 Who is the scholar who accused the US of mass rape without fact-checking?

The scholar who accused the US military of sexually abusing more than 50 children in 2004 has no evidence to substantiate his claims, raising serious questions about his integrity.

Colombia Reports exposed last month a recently released historic document that claims US soldiers and military contractors sexually abused at least 54 children in Colombia between 2003 and 2007.

The document — published by the Historic Commission on the Colombian Conflict and its Victims — was commissioned by the Colombian government and rebel group FARC.

It aims to help negotiators determine who is responsible for the more than 7 million victims of the armed conflict between leftist rebels and the state while they are negotiating peace.

However, after weeks of investigations, this website has been unable to verify the claim, while the scholar who made the accusation, Renan Vega of the Pedagogical University, was forced to admit he never verified his claims.

Who is Renan Vega?

A historian and author of over 20 books, Vega is employed by Colombia’s Pedagogic University. His decades-long career includes investigative research on a wide range of controversial topics surrounding Colombia’s more than half-century-long conflict.

Vega’s career has not gone unrecognized and he is well-established in his field. His two-volume work discussing the importance of social science methodology earned him the Liberator of Critical Thinking award in 2008, considered the Nobel of Social Sciences by Latin American communists.

The outspoken Marxist generally avoid mainstream and independent media and restricts his publications to leftist publications, which has generated support from radical leftist political forces across Latin America.

Former Cuban President Fidel Castro, for example, labeled Vega’s 2012 article entitled “Echoes of the Summit of the Americas” as “the most devastating article I have seen at this time on Latin America.”

Vega’s provocative research, outspoken bias and documentation of the conflict has led to multiple threats.

In 2012, Vega was advised by the Pedagogic University to leave his position, after they did not see fit to support him when he was subjected to slander and defamation from an anonymous text released from within the university.

The text, entitled “The Pendulum of Renan,” was sent by a self-titled group “Thinkers in the U,” and suggested that Vega’s analysis consistently distorts the truth.

The accusations escalated to threats against the academic’s life, at which point the University recommended the scholar leave not only his job, but the country. Vega was hugely disheartened by this, as he felt having such fear in his work took away from the very point of its creation.

“They have reached the conclusion that I am not an academic, because I confuse academia with politics, as if the two things can be separated. Many have accused me of never arriving to adulthood, and that I am not a professor, in reality, but a student,” Vega told Colombian news agency Prensa Rural at the time.

In June 2012, he was further threatened, this time by the “Aguilas Negras” – a term given to groups of paramilitary successors who tend to challenge lawyers, human rights defenders and union leaders in their involvement with Colombia’s conflict.

A statement from the UPN’s Association of University Teachers revealed in November 2012 on top of this, a series of raids had been carried out on the academic’s home, amongst others, “with the purpose to obtain information and to intimidate the teacher and the union.”

Historic Commission on the Colombian Conflict and its Victims

Vega was included in the make-up of the 12-member Historic Commission on the Colombian Conflict and its Victims, the creation of which was announced in August 2014 from Havana, Cuba.

The FARC-EP representatives published at the time a letter from the Havana talks, describing the role of the new body.

“We are aware of the significance of a historical approach to gain an understanding not only of the complexity of the conflict we have faced for decades between armed rebellion against the state and the ruling classes, but particularly in finding the path towards overcoming it, because in our knowledge no others exist in the construction of peace with social justice,” stated the letter.

The letter further notably referenced Vega’s contribution regarding the US, asking: “How can we create a history of the conflict and the responsibilities in it without considering the role and interference of foreign powers; in particular the United States?”

However, since then, the scholar has publicly criticized his colleagues on the commission for refusing to change the general text of the report after Vega’s criticism.

Vega directed a letter at rebel group ELN in July 2014, in which he emphasized the necessity for Colombia to grasp a “concept of positive peace,” which can not be achieved only with the participation of insurgency, it requires the participation of sectors of the population in the countryside and the city, firstly in the regions affected by armed conflict.”

In the same month Vega undertook a tour of conferences through Colombia’s Cauca Valley, entitled “50 Years of Controversy. From Marquetalia to Oslo. Current Challenges to the Peace Process.”

Appearing on a panel at the University of Cundinamarca, Vega reiterated his scepticism that politically achieving a peace deal between the Colombian government and the FARC will put an end to the country’s conflict in reality.

“This is what the media say… that when the guerrilla movements disappear, social movements and protests will automatically go away. That is stupid, and typical of political scientists, TV presenters and presidential candidates, who are not very different from one another,” Vega asserted.