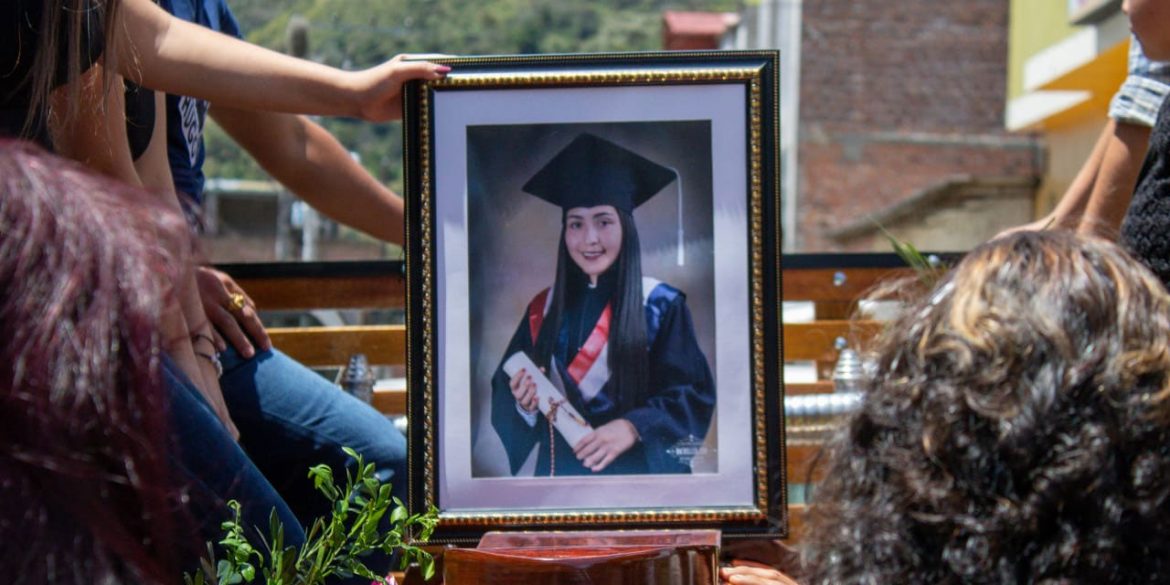 Victim of the Samaniego massacre in which at least eight university students were assassinated. (Image: Governor Jhon Rojas.
News

Who is behind Colombia’s latest wave of massacres?

Colombia’s authorities don’t seem to have a clue who committed the wave of massacres that has shocked the country over the past. The only identified suspect was the police.

President Ivan Duque visited the southwestern city of Cali on Saturday to announce that, more than 10 days after the massacre, National Police chief General Oscar Atehortua would take charge of the killing of five minors in the east of the city last weekend.

The victims, who were 14 and 15 years old, were actively involved in the art scene in the impoverished southwest of the city until they were found dead by their families with signs of torture.

Duque met with the families of the victims more than 10 days after the they made the massacre public and announced the use of the latest technology to solve the case, ignoring the families who told weekly Semana they found policemen and private security employees with machetes at the scene of the crime.

There were two patrolmen and they were with two private security employees, who had machetes in their hands and bloodstains on their faces. We need this situation to be clarified and the police to explain to us why they had a suspicious attitude.

According to Cali Police chief General Manuel Vasquez, “the questions of the families are welcomed with great openness and are integrated into the research work.”

The massacre triggered lawmakers to call Defense Minister Carlos Holmes Trujillo, who was mayor of Cali when the Cali Cartel controlled the city hall, to Congress.

Senate letter to the presisent

Trujillo said he would militarize the city after an allegedly corrupt local police post was attacked with a grenade.

According to weekly Semana, locals from the area said that the local police and local drug dealers are working together in the distribution of drugs throughout the city.

After his visit to Cali, Duque traveled to Samaniego where he was booed by hundreds of locals who were furious about how authorities and media had dealt with the tragedy that killed at least eight people on Friday last week.

Government-friendly television network Caracol justified the massacre claiming the students were part of a group “violating all health protocols.”

The National Police’s Citizen Security chief, General Jose Vargas, was sent to the village and told media that “What we know is that they asked about some people and then they committed the murders,” guessing that some must have been involved in criminal activity, but adding that “this has not been confirmed.”.

Nariño security secretary Alvaro Creon said the students were dropped off at the farm after spending the week studying at the university in the province capital Pasto, and that he also assumed the massacre was about “settling scores,” but couldn’t say between which of the 13 groups that are active in the area this would be.

The only authority who refused to blame the victims, and didn’t even seem to care which of the more than 12 illegal armed groups was responsible was Governor Jhon Rojas, who urged the government on multiple occasions to implement the peace process that is fiercely opposed by Duque’s far-right Democratic Center Party.

Last week, the defense minister announced the umpteenth increase in the troops in the region, but Rojas wanted more.

Mr. President Ivan Duque, as Governor of Nariño, in the face of massacres, assassinations, threats and the widespread violence that is hitting us, I respectfully and vehemently insist on the urgent call for the NATIONAL COMMISSION FOR SECURITY GUARANTEES to meet in Nariño.

Rojas got what he wanted. The commission that is meant to formulate policies to dismantle paramilitary structures will meet in Nariño, Rojas said hopefully after one of the worst weeks in his political career.

The massacre that killed five people in the northeastern town of Arauca on Friday in the Arauca province was committed by members of the FARC’s dissident 10th Front, according to a pamphlet authorities sent to conservative media.

According to the note, those who were assassinated were punished for stealing cattle that was illegally smuggled to Venezuela.

Others involved in this illicit businesses were warned they would be awaiting the same fate.

There is no way to verify if this group indeed is carrying out these kinds of “security services” in the region that is mainly dominated by the ELN guerrilla group, which has been taking it easy since the beginning of the COVID-19 pandemic.

The letter could also be fake as the self-proclaimed commander of the so-called “Uriel Londoño Company” identified himself as “Hector Aguilar,” while authorities have always claimed that this dissident unit is led by a FARC dissident going by the name of “Pescado.”

The Uriel Londoño Company has previously been named as a subdivision of the 10th Front, which is loyal to “Ivan Marquez’s” “Nueva Marquetalia” group, which abandoned the peace process in August last year, and appeard to have a non-aggression pact wit the ELN in the region.

This is the first time the group would have attacked presumed civilians, and local authorities have yet to confirm if they are Colombian or Venezuelan.

The assassination of six people in El Tambo, Cauca, was carried out by the “Nueva Marquetalia” group that is led by the FARC’s former political chief “Ivan Marquez,” according to the governor.

Local human rights organizations also say this is nonsense and stress that the groups that dominate the region are the independent FARC dissident groups Carlos Patiño Column and Dagobarno Ramos Column, which are loyal to the Southwestern Bloc of FARC dissidents “Ivan Mordizco” and “Gentil Duarte”.

According to the NGOs, these groups are spreading pamphlets and using false names to confuse the authorities, which apparently is working.

These FARC dissident groups exercise major control over the north of the Cauca province with rivals of the AGC paramilitary group and a drug trafficking group called “Los Contadores,” which was led by “El Contador” until his arrest in February.

El Contador was never a guerrilla, but a narco with strong ties to Mexican drug trafficking organizations.

Apart from these groups, a number of drug trafficking FARC dissident groups are active, making it difficult for locals to determine who belongs to which group.

In a rural area of Tumaco, a major coca cultivation region, six farmers were executed and one 16-year-old local girl was kidnapped by an unidentified group.

Locals told Noticias Uno they were too afraid to leave their homes after the incursion of the illegal armed group, adding they believe the locals were farmers and executed at random.

Nariño Governor Jhon Rojas again said to have no idea who committed the second massacre in his province while he was receiving the president in Samaniego.

Rojas was evidently desperate about the excessive violence and seemed to share the frustration of the people of Samaniego about the president’s visit to the region.

The governor has been urging to implement the peace deal and to invest in the region, which has been historically abandoned by Bogota. Apart from the commission to dismantle paramilitary groups, it took the town of Samaniego some loud booing at the president, but Rojas also got the committee to look at social development like he wanted.

A social table will be set up between the national and provincial governments and local authorities.