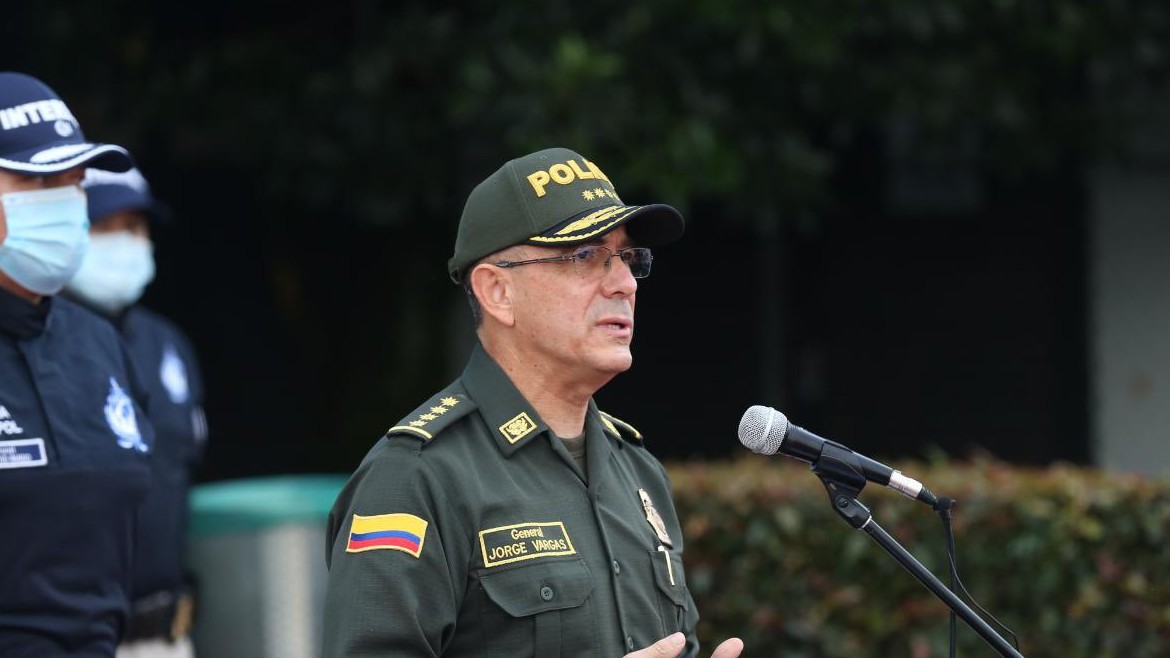 Where is Colombia’s ‘clear evidence’ of terrorist plot during protests?

In a speech, General Jorge Luis Vargas said that information obtained from an alleged guerrilla computer provided “clear evidence” that the Urban War Front of guerrilla group ELN planned “to carry out acts of terrorism in various parts of the country on July 20 and in the following days.”

Vargas did not specify what evidence the police chief allegedly obtained or from the computer of which allegedly arrested ELN ringleader.

The police chief has been accused of crimes against humanity over the use of deadly violence to quell largely peaceful anti-government protests that kicked off in April.

The police chief echoed conspiracy theories coined by President Ivan Duque and Defense Minister Diego Molano since the beginning of the protests in April.

Like Vargas, the president and his defense minister never bothered to provide any evidence that would sustain their conspiracy theories.

Molano implied earlier this week that his accusations alone were enough to justify that “the security forces are carrying out intelligence operations” ahead of the protests.

Bogota’s police chief, General Eliecer Camacho, claimed that “First Line” groups have been carrying out target practice that would allow them to attack police.

Camacho additionally claimed that these groups have been extorting shopkeepers and public transport to ” finance themselves,” but also provided no evidence.

In response to police brutality, young people and even their mothers armed themselves with shields and formed so-called First Line groups to defend peaceful protesters against the police.

The groups have been praised for their bravery by protesters and have been receiving community contributions to organize street barbeques.

The “Judicial First Line,” a spontaneously formed collective of hundreds of attorneys, said Tuesday that they would accompany Tuesday’s protests in order to provide free legal aid.