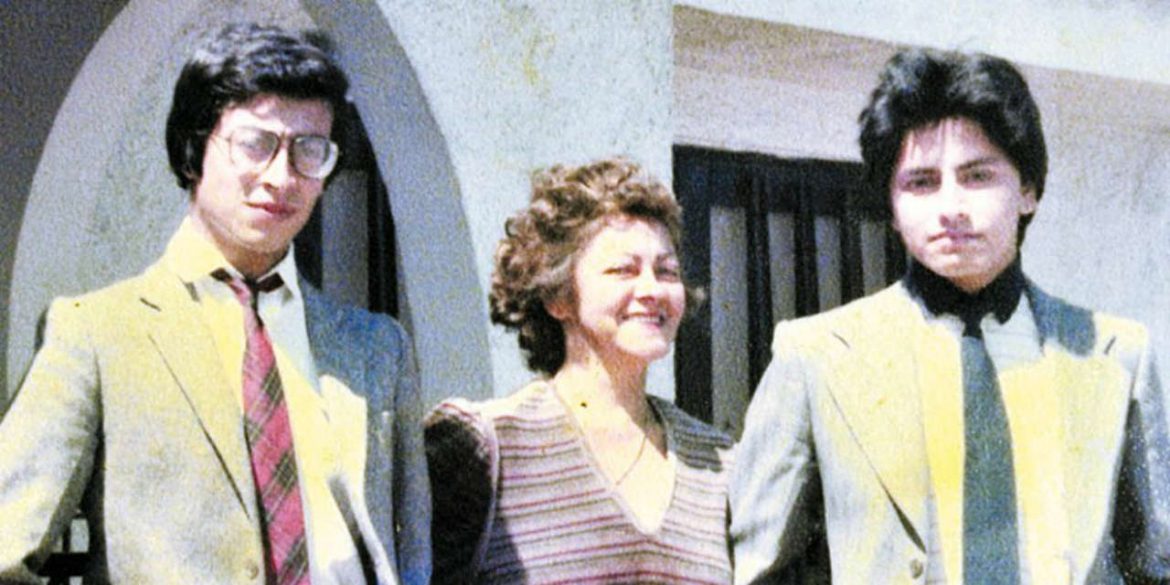 Gustavo Petro (L) months before his arrest in 1985.
News

Opponents of Colombian presidential candidate Gustavo Petro dismiss the leftist candidate for having been an M-19 guerrilla, which sound a lot more radical than it was.

Unlike the traditional guerrilla groups FARC and ELN, the M-19 was founded on democratic rather than communist principles.

Petro and the M-19’s urban revolt

The M-19 didn’t seek to overthrow the Colombian state like the communists, but to force the government to make the country’s 19th century conservative semi-democratic system, for example by separating church and state.

The group’s name, “the April 19 Movement,” refers to the 1970 election of President Misael Pastrana, the father of former President Andres Pastrana.

Followers of former dictator Gustavo Rojas Pinilla, who lost the 1970 elections, were convinced that the election results had been manipulated. The violent death of Chilean President Salvador Allende led many leftists and democrats to believe that democratic means were useless in Latin America’s violent politics.

Petro was recruited in 1977, when the current presidential candidate was 17 and studying economy at the Universidad Externado in Bogota.

“He was skinny, skiiinnyyyy, extremely delicately built,” one of the friends he made at M-19, Pacho Paz, told newspaper El Espectador in 2010.

Petro was given the nom-de-guerre “Aureliano” after a character in one of his favorite books, “One Hundreds Years of Solitude” by Gabriel Garcia Marquez.

The M-19 at the time was an urban guerrilla group. Many of its members lived with their parents or families. Petro attended university during the day and in the evening was one of the group’s ideologues.

“Not all guerrillas fired guns. There were some who had the task of doing community work and propaganda; that was Gustavo,” according to Paz.

A year after Petro joined the M-19, the group dealt a devastating blow to the Colombian military when it dug a tunnel and stole 5,000 arms from the Canton Norte headquarters in Bogota without firing one shot.

The group embarrassed authorities again in 1980 when it hijacked the Dominican embassy and held multiple ambassadors hostage to demand the release of 320 alleged guerrillas.

Four years after joining the guerrilla group, in 1981, Petro was elected ombudsman of Zipaquira, the town where he lived with his parents. Three years later he was elected member of the city council.

Petro comes our of the M-19 closet and is tortured

Later in 1984, Petro and other members publicly announced that their M-19 membership.

“I did it in a demonstration that was one of the biggest in the history of the municipality. The entire square was filled. From then on my life changed. My youth was over,” Petro has said.

The authorities began a major manhunt and arrested the guerrilla on October 24, 1985. According to court documents, Petro was dressed as a woman to avoid recognition and found with guns, home-made explosives and propaganda material.

The bloodbath everybody remembers

Three weeks after Petro was thrown in jail, the M-19 carried out the most infamous and bloody attack in the group’s history, the seizing of the Palace of Justice in Bogota.

Less than 30 hours after the guerrillas entered the building to “call the president to trial,” the military attacked the building ruthlessly. By the end of the siege, all guerrillas and half the Supreme Court was dead.

“This was one of the most bitter moments in our lives,” Paz told El Espectador.

Petro was released in March 1987 and began formulating proposals to modernize the country’s 1886 constitution by the then-anti-demcoratic Conservative Party.

Then-President Virgilio Barco agreed to negotiate the M-19 democratization proposals and Petro demobilized with the rest of the group in March 1990.

The M-19’s participation in politics did not go without violence. One month after the group’s demobilization, former guerrilla leader and presidential candidate Carlos Pizarro was assassinated.

Colombia had its current constitution and a separation of Church and state a year later.