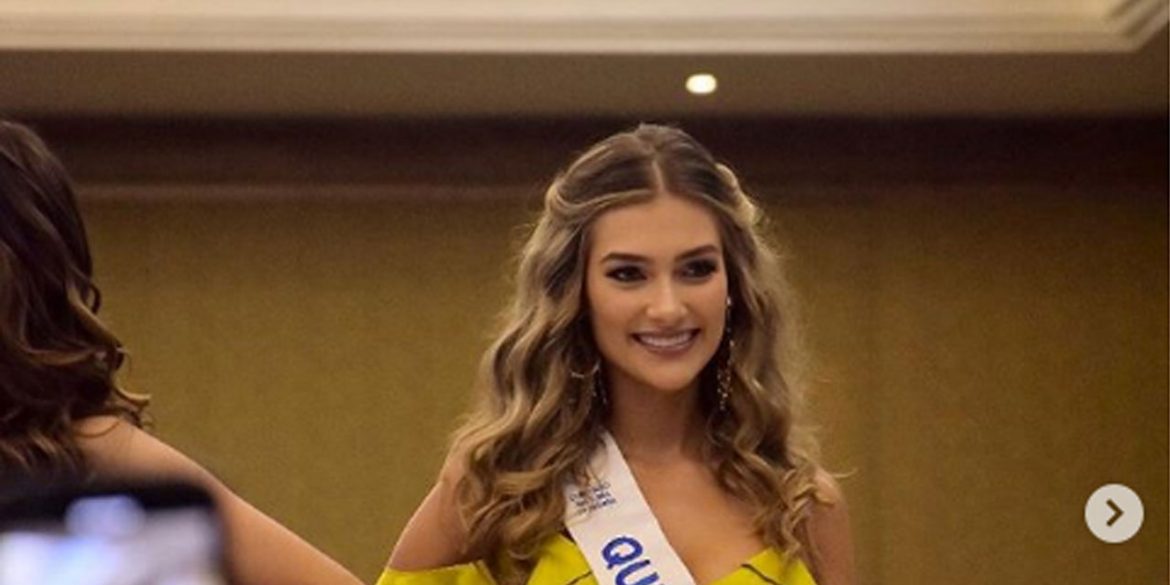 Anti-government protests planned for next week received an unexpected endorsement on Thursday. The newly elected Miss Colombia decided to weigh in with full force.

National beauty pageants may go unnoticed in most countries, but not in Colombia where the annual election is one of the biggest cultural events of the year.

Maria Fernanda Aristizabal won the pageant on Sunday, a week and a half before a national strike that appears to be becoming the biggest anti-government protest in recent memory.

For some reason, a reporter asked Aristizabal’s opinion about the national strike, after which she embarked on an unequivocal endorsement of Thursday’s protests and called on President Ivan Duque “to listen.”

“Let the marches mobilize us and raise our voices that we don’t agree” with the president, whose disapproval rating hit 69% last week and whose far-right party received a beating in local elections last month.

I want to tell President Duque that we all march for something, to really move a cause that unites us. So, I invite him to support us and to listen to why we are marching.

The endorsement was ignored by commercial media close to the president, but went viral on Thursday after beauty website Missology published Aristizabal’s statement on Twitter.

Miss Colombia is the latest of a growing group of celebrities to endorse the national strike that was initially called by labor unions in October in protests at proposed pension and labor reforms and went unnoticed for a month.

The strike took force when indigenous groups and student organizations announced they would join the protests over individual demands related to the killing of indigenous leaders and police brutality.

What followed was a barrage of support of social organizations ranging from victims of state violence to the fan club of football club Independiente Medellin.

Duque’s far-right party, the Democratic Center, has tried to discredit the protest claiming that “international anarchists” and the Forum of Sao Paulo were behind the protest, but to no avail.

All political parties that are not part of Duque’s minority coalition have also expressed their support.