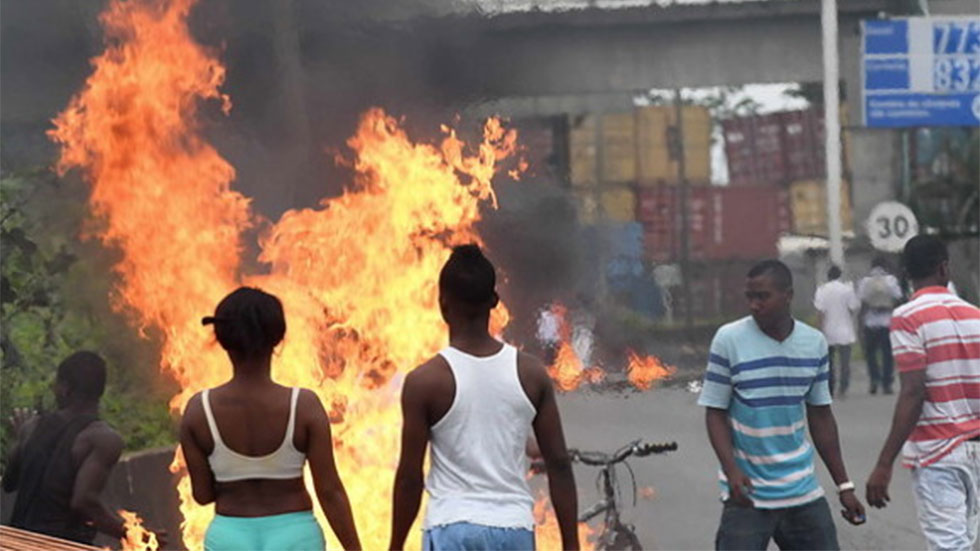 While Colombia’s western province of Choco agreed to end 11 days of anti-government protests, violence in the neighboring Buenaventura is escalating.

Both Choco and Buenaventura, Colombia’s largest port city, have embarked on massive anti-government marches for a week and a half to demand an end to chronic state neglect and abandonment, corruption, crime and armed conflict.

Following marathon talks with the grass-roots Civic Committee for the Rescue and Dignity of Choco, and relentless protests by tens of thousands, the administration of President Juan Manuel Santos ceded. 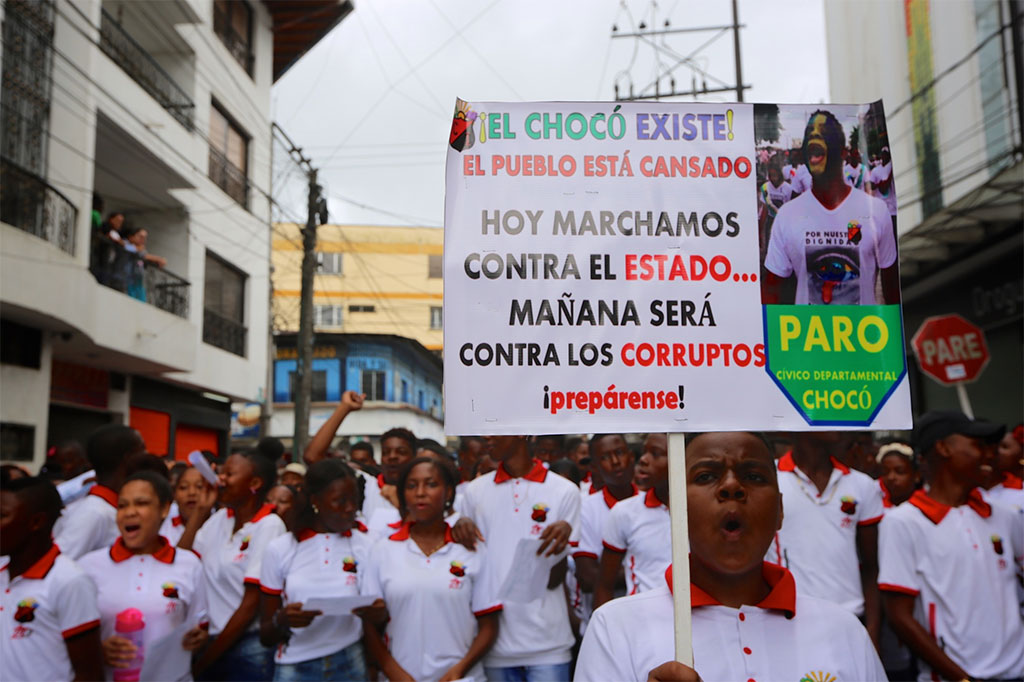 “Today we march against the State, tomorrow will be against the corrupt. Prepare yourselves,” this boy’s sign says. (Image credit: Colombia Plural)

According to the grass-roots committee that reached the agreement with the national government, its members meet with the people to explain the made concessions and vowed to end the province’s shut-down on Sunday.

In Buenaventura, however, the government’s inability to appease the locals or attend their call to end rampant state neglect, abandonment and corruption and them blocking the country’s largest port spurred an escalation of violence.

The inhabitants of the city are furious the port delivers an annual $2 billion to the national treasury, while they have gone from one humanitarian crisis to another. 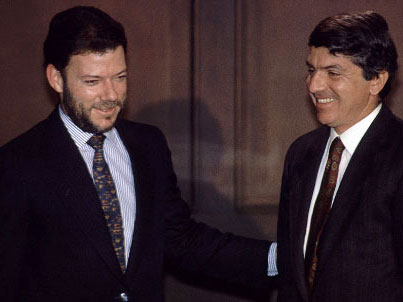 After the port was privatized in the 1990s, it fell in the hands of two Spanish multinationals and a number of families close to then-President Cesar Gaviria (Liberal Party).

Consequently, none of the money made within the walled port goes into the city’s treasury, leaving almost half of Buenaventura without potable water, no functional hospital and no state-controlled public security.

According to both the local bishop and human rights groups, public order in Buenaventura has instead been imposed by drug trafficking groups who use the port to export of cocaine.

After talks between Buenaventura’s Civic Committee and the government broke down, citizens massively blocked the port, effectively closing the $55 million/day tap to Bogota and shutting down drug trafficking from the port.

Since then, complaints about unprovoked police brutality have increased while social and religious leaders have been urging for calm in order to prevent a straight-out revolt.

Since the beginning of the strike, locals have filed more than a 100 complaints about police brutality at the local Ombudsman’s Office, claiming that the feared ESMAD riot police unit has been shooting at unarmed and peaceful protesters and attacking neighborhoods, newspaper El Pais reported. 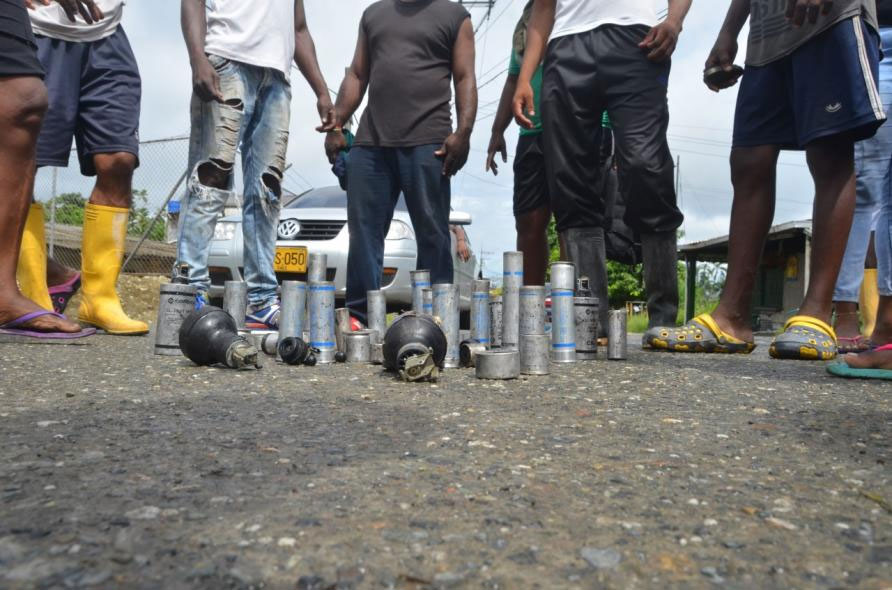 Locals show the tear gas grenades thrown at them by the ESMAD. (Image credit: El Pais)

These guys are attacking the people. We were asleep when they threw teargas at our home. That’s not right, the children were asleep.

It’s impossible they jump the community like this. At 6AM the ESMAD entered to attack us. If nobody is provoking them, I don’t know why they come.

Additionally, the ESMAD has been accused of aiming at protesters’ bodies when firing teargas grenades to disperse street protests.

In response to the accusations, Interior Minister Guillermo Rivera said the locals should file their complaints at the Inspector General’s Office.

In defiance of the alleged police brutality and a ban on public protest, locals put on white t-shirts and, again, marched downtown where they, and representatives of the Catholic Church urged for peace and tranquility.

Bishop Hector Epalza organized a mass in which he urged the state to effectively bring about social change and reopen negotiations with the representatives of the city’s 400,000 inhabitants.

While the situation in Buenaventura has spiraled out of the control of the national government, Bogota was able to appease the residents of Choco after ceding to their demands.

The Bogota-based government again vowed to effectively pave the road connecting Choco capital Quibdo with Medellin and Pereira, 30 years after this was first promised.

Additionally, the Santos administration promised to effectively construct the hospitals necessary to provide the population with healthcare.

The government also agreed to recognize the municipality of Belen de Bajira as Choco territory after a decades-long dispute with the neighboring Antioquia province over the gold-rich area.

In order to retake control of the situation in Buenaventura, the president sent his ministers of Health, Housing and Environment to the port city on Saturday.

According to Santos’ chief of staff, Alfonso Prada, they will enforce the team that, until Saturday, was led by the interior minister who had implied the city’s complaints of police brutality had been filed with the wrong government office.