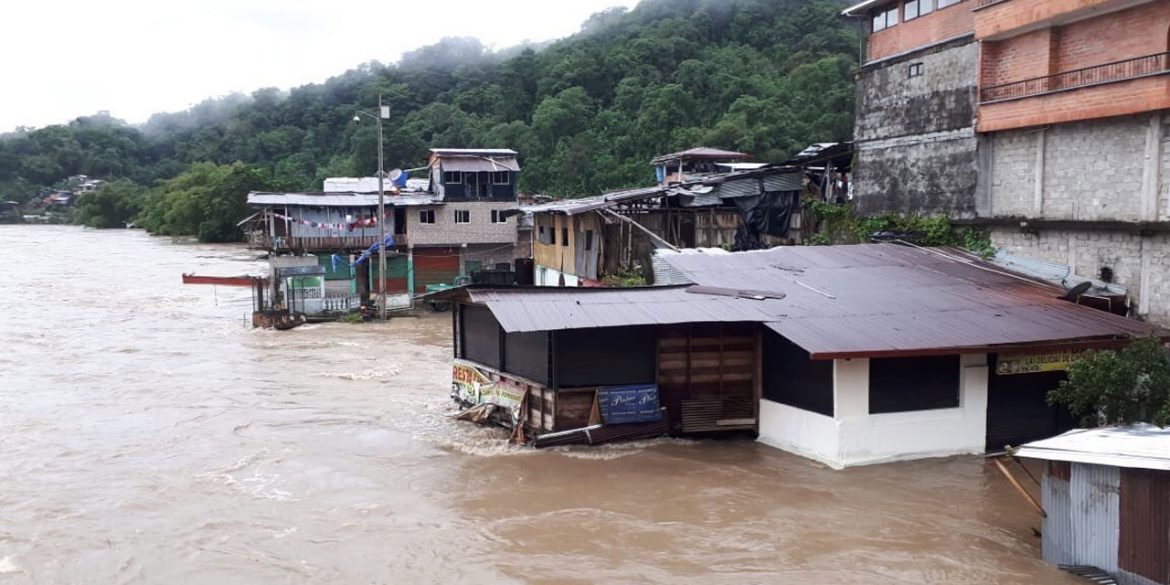 West Colombia suffers while Duque is busy with Venezuela

While Colombia’s president Ivan Duque was leading efforts to get US aid into Venezuela, leaders from the west were crying out for help after the region was hit by a flood.

According to local priest Juan Carlos Palacios, torrential rains came down on Friday and caused water levels of the San Juan river in the south of the Choco province to rise.

By Saturday morning, more than 7,000 people had lost their home, their belongings or their livestock without any response from the government.

The disaster caused by the floods is heartbreaking. Many families lost all their belongings. Fortunately, there are no reports of deaths or injuries. However, many people lost their pigs, chickens and pets in the flood. The water took everything.

Duque and the director of Colombia’s disaster response agency UNGRD, who have been in the eastern city of Cucuta to support Venezuelan opposition leader Juan Guaido since Friday, said Saturday afternoon that immediate aid had been made available.

But former Choco Governor Luis Murillo responded on Twitter that “the announcements must be converted into effective aid,” indicating that by Saturday evening there still had been no effective response from the national government.

Local authorities, said Murillo, were overwhelmed by the tragedy.

Duque’s involvement in Venezuela’s affairs and the government’s ongoing neglect had already caused grief in Choco where many live in extreme poverty and are subjected to extreme violence by leftist guerrillas and their paramilitary enemies.

A charity concert held on the Venezuelan border spurred Tostao, one of the vocalists of Latin Grammy Award-winning group ChocQuibTown, to call for “a concert like that one, but for Guajira and Choco.”

Also on Saturday the singer took the lead in urging government attention for the region where he was born, but apparently without success.