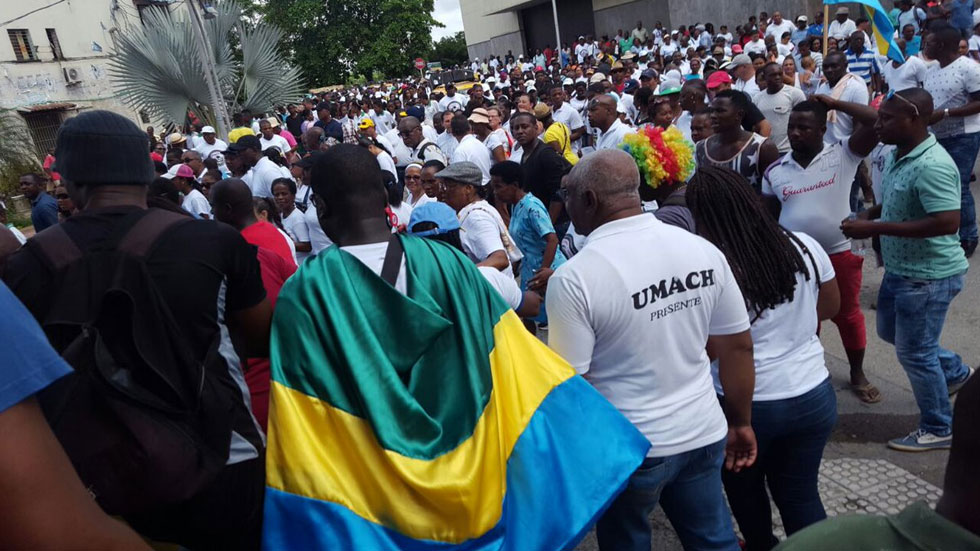 Inhabitants of the impoverished Choco province in west Colombia have gone on strike and vow not to return to work until the national government takes action to curb rampant state neglect, corruption and poverty.

Choco has long been Colombia’s poorest provinces. While the capital Bogota boasts a poverty rate of 10%, more than 65% of the so-called chocoanos live below the poverty line.

This is particularly painful as the province is among Colombia’s richest in natural resources like oil, gold and platinum.

While a lot of money is made in Choco, hardly any of this ends up in the wallets of the locals or in the province’s treasury.

The major wealth disparity is due to decades-long state neglect and widespread corruption that have driven the locals to despair.

To add to the locals’ misery, the absence of state services has made Choco a virtual playground for guerrilla groups, paramilitary groups and drug traffickers.

Approximately 70% of Choco’s population is a victim of Colombia’s armed conflict, which is staggering compared to the national average of 13%.

To illustrate the level of corruption in Choco, province capital Quibdo has been waiting for more than three decades for a road that connects the capital to the nearest big city, Medellin.

Millions of dollars have been invested in the construction of the road, which still consists largely of a mud path and has been closed for months because of a landslide.

Additionally, school children are often left with rotting food or without food at all, which has increased the province’s child mortality rate.

Ignoring that most public funds have presumably been embezzled, national government representatives who traveled to Choco on Tuesday insisted that “the national government has made gigantic investments in Choco, where there is a historic delay that is hard to solve for just one government,” reported local newspaper Choco 7 Dias.

According to the newspaper, the vice-ministers that traveled to Choco failed to make any concrete promises in regards to the locals’ call to end state neglect.

Unrest over the national government’s persistent neglect of the region spurred the inhabitants to massively refuse to celebrate Colombia’s Independence Day on July 20, claiming there was absolutely nothing to celebrate.

Instead, a major march was organized in Quibdo, the Colombian flag was lowered and the green,yellow and blue flag of Choco was raised.

But even this was not enough for Bogota to act. In fact, the government ignored the cry for help entirely.

Persistent in their demand to be included in the country’s national economy, chocoano bus companies, schools and shops will remain closed until “the national government listens to our needs as a region,” protest organizer Jorge Enrique Arboleda told radio station Blu.