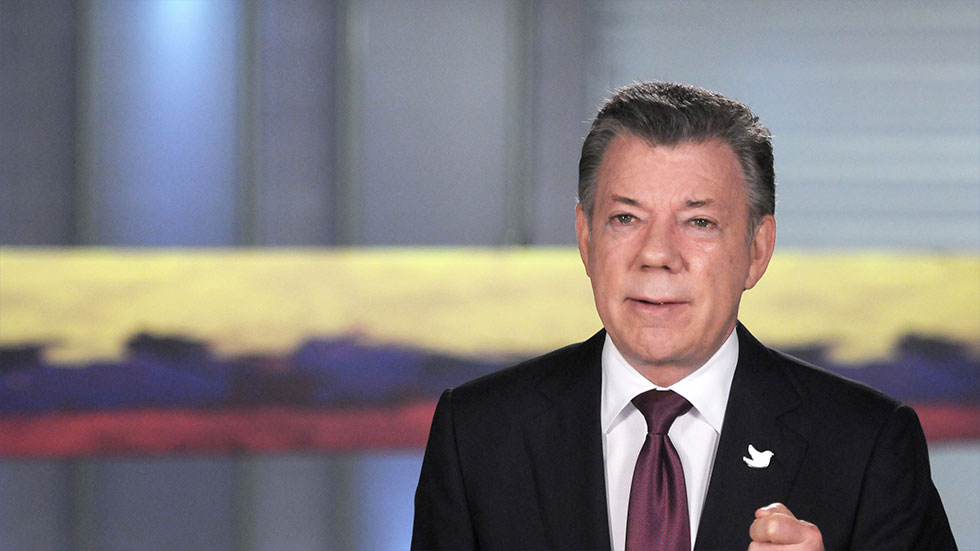 Santos said on Twitter that “Colombia never again wants to talk about kidnapping” and that “we demand the ELN release all people in their power.”

It is unclear whether the Colombian president raised the demand as a new condition for talks or was reiterating the government’s position in the talks.

The Santos administration and the guerrillas announced informal talks in 2014 and formal talks in March last year already, but both have since raised new demands that have since delayed the effective start of the talks.

The only provisional demands that were left for talks to begin in Ecuador’s capital Quito were the release of former Congressman Odin Sanchez by the ELN and the simultaneous release of two guerrillas from prison.

Why Colombia’s ELN rebels are still not talking peace, but could soon

Talks with the ELN have been extremely difficult as both the government and the rebels have refused to cease mutual attacks and on multiple occasions added conditions to the talks.

Additionally, the guerrillas have continued to kidnap civilians, which has undermined public confidence in whether the rebels want peace.

The ELN has not made any public statements since last week when negotiator Aureliano Carbonell on Twitter reiterated the necessity of citizen participation in the talks, a rebel demand already in the agreement.

The guerrilla group has been fighting the Colombian state since 1964 in a multi-party war that has left more than 265,000 Colombians dead and approximately 7 million displaced.